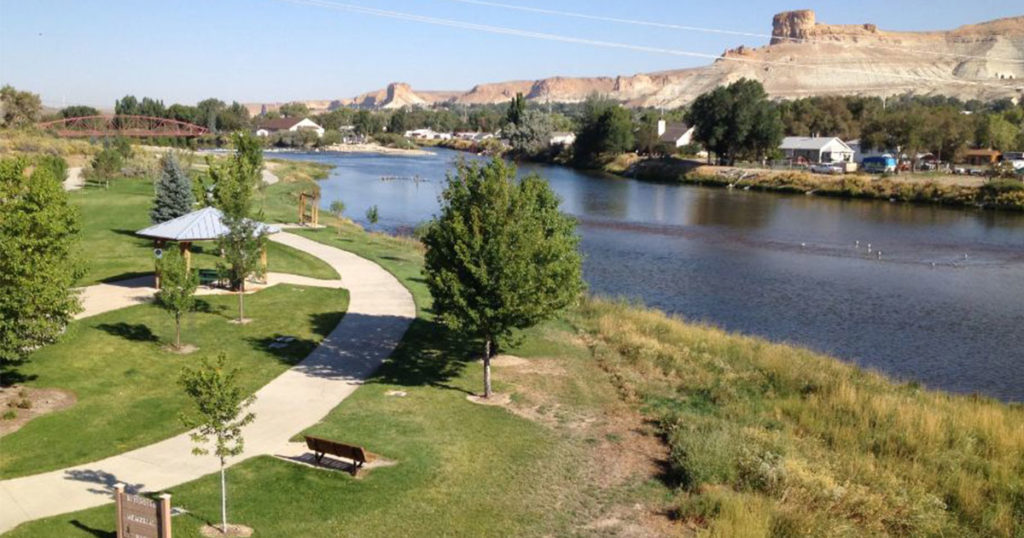 GREEN RIVER — The Green River Greenbelt Task Force (GBTF) is working to expand projects along the Greenbelt by growing its membership base.

GBTF Chairman John Freeman spoke to community members about what the GBTF has been up to during the Green River Lunch and Learn last Wednesday.

Originally formed in 1990, the GBTF works to “conserve and restore river landscape and features by promoting open space, natural areas, and a greenbelt trail system along the Green River in Sweetwater County,” according to its mission statement.

The GBTF is a 501c3 non-profit corporation, and therefore is tasked with finding funding sources to build and upkeep the greenbelt and other features along the Green River. According Freeman, 70 to 80 percent of the trails and features have been built from donations and grants.

For the first decade of the task force’s existence, they got $2.2 million of funding. Of that, 52 percent was donated from corporations, 22.5 percent was from the federal government, 21 percent came from the city of Green River, 2.5 percent was private donations, and 2 percent was made up of state grants.

In 2020, the task force readdressed its goals and needs by revising the Greenbelt Task Force master plan. They completed a survey in which 760 people responded to give their opinions on the Greenbelt and share what they would like to see added to the Greenbelt. They also went out for a National Park Service Rivers, Trails, and Conservation Assistance Program grant, and they started a report with a working group.

Additionally in 2020, the GBTF got four new board members, revisited its mission and vision statements, and focused on bettering its media presence by starting a Green River Greenbelt Task Force Facebook page. The task force also changed its bylaws by now allowing people to apply for memberships so the task force can raise funds through a membership program.

According to Freeman, memberships range from $500 at the highest cost to volunteer recognition memberships at no cost. Freeman said that 97 percent of the membership fees will go towards projects while the other 3 percent will go toward maintaining the GBTF organization.

Current projects the GBTF are working towards include:

Freeman added that the task force also helps fund small projects, for example, for the Boy Scouts. He said they also have to find matching funds for many of the grants they go out for. According to Freeman, membership fees would help cover these costs, as well as help with improving quality of life in Green River and promote economic development through encouraging tourism.

For those interested in becoming a member, contact the GBTF through the City of Green River Parks and Recreation Department at 307-872-6151, or by contacting Chairman John Freeman at freeman@wyoming.com or at 307-871-0064.