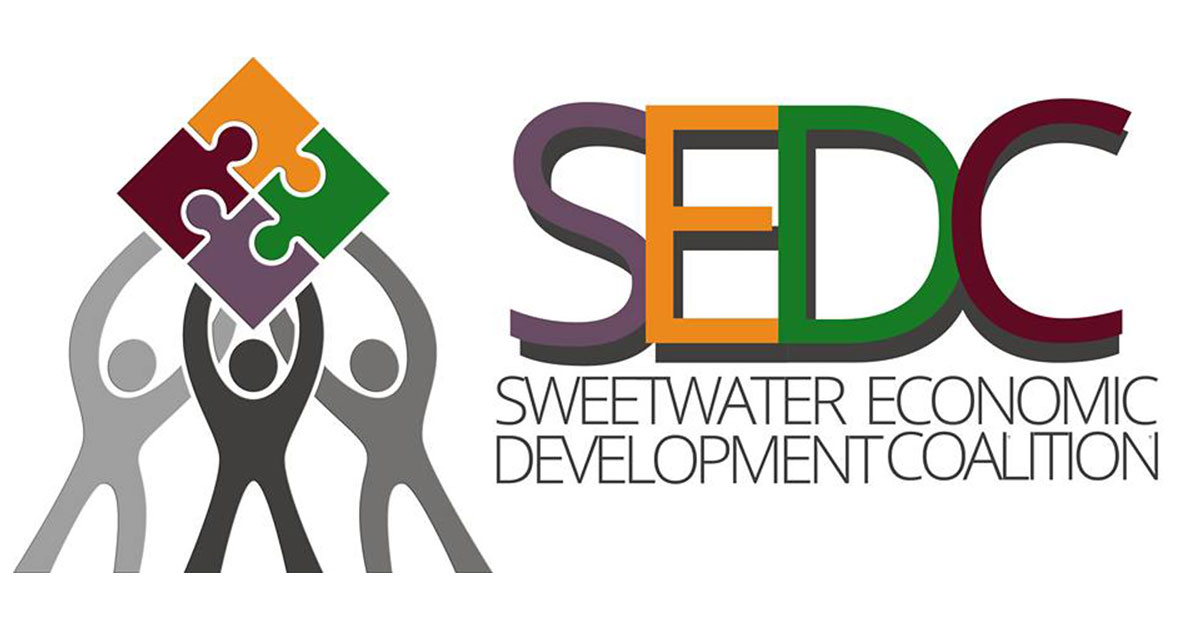 The Rock Springs City Council already approved the MOU a few weeks ago, according to McDonald.

Kayla McDonald, SEDC Director, presented the MOU for FY 2019-2020 to both the County Commission and the Green River City Council during their budgeting sessions.

The MOU is the same as it has been for years in the past except for the dollar amount SEDC is asking for. For Fiscal Year 2020, SEDC is requesting $30,000 each from Sweetwater County, the City of Rock Springs, and the City of Green River, making it equal split between the three entities. This will give SEDC a budget of $90,000.

Councilman Robert Berg expressed concerns about the $30,000 split between the three entities and the fairness of that. He questioned Kayla McDonald, SEDC Director, about how SEDC came up with the $30,000 split.

However, as the years progressed and SEDC began to take shape, SEDC and the three entities believed it would be best to have all parties on the same page, McDonald said. Conversations between Green River City Manager Reed Clevenger, County Commissioner Randy Wendling, and Rock Springs Mayor Tim Kaumo all agreed that the entities should put in the same amount of money.

McDonald explained that at the end of the 2020 FY, the amounts will be re-evaluated.

Berg said that puts the Green River tax payer at $2.49 per taxpayer, while the Rock Springs tax payer is at $1.28 for funding SEDC.

“I don’t want it to come out that I’m against economic development, because I am not. It’s the equitability that I have a problem with. I don’t think it’s split fairly,” Berg said.

Clevenger said the issue of population sizes was brought up several times in meetings between himself, McDonald, Wendling, and Kaumo. He explained that $90,000 isn’t enough to run an economic development coalition, but the three entities decided to go in at the same level to get the coalition going in the right direction.

Entity Support Will be Reevaluated for Next FY

Part of the $90,000 will be spent pulling McDonald out of the Chamber of Commerce to put more emphasis on the SEDC efforts.

“At this point, we don’t feel that SEDC is even close to being funded properly for what is should be doing,” Clevenger said.

Clevenger added that the direction of the organization and the funding will have to be looked at again but they felt the even split was a good place to start.

“From my point of view, as SEDC gets bigger, it shouldn’t be at an equal level,” Clevenger added. He said they will have to start taking factors such as property taxes into consideration when figuring out the contributions from each entity.

Mayor Pete Rust said that in sales tax formulas, population does matter. However, Mayor Rust said when talking about an organization like SEDC, the population has nothing to do with the return the entities see from their investments.

“When you’re talking about funding an economic development organization, what you’re hoping for is if you’re putting in a third of the dollars, and what is a completely reasonable thing to expect, is you get a third of the benefit,” Mayor Rust said.

Returns Will Depend on Businesses Recruited

Councilman Gary Killpack brought up an example of how having a smaller population could put Green River at a disadvantage later on.

“If there’s a boat shop in Rock Springs or Green River, and they sell a boat and there’s taxes on that boat, our percentage of that tax is always going to be less that Rock Springs unless our population goes up,” Killpack said.

Mayor Rust agreed that because of Green River’s population, the city will be at a disadvantage. He added however, that the money the communities make will always be disproportionate.

“The return on the investments is going to depend on the kinds of businesses that are recruited to Green River, which will have nothing to do with any formula of how many citizens we have or don’t have relative to anybody else. It’s how successful we can be in recruiting businesses into Green River,” Rust said.

Councilman Mike Shutran asked if the Green River Chamber was included in the SEDC efforts like the Rock Springs Chamber. McDonald said it is, and that they have recently asked her to work on their business development committee, which she will begin doing in August.

Mayor Rust said the concerns about the return Green River will see that were expressed by the Council are valid. However, he believes if the city plays a larger role in the economic development efforts, the city will see a larger return on their investments.

Clevenger added that he and Marty Carollo, All West Communications, will be serving as the City of Green River’s representation on the SEDC board, so they will assure Green River is being represented appropriately.

Chairman Wally Johnson has voiced his concerns with SEDC in the past, and he did once again Tuesday morning before the commissioners unanimously approved the MOU.

Chairman Johnson said he is a bit apprehensive about SEDC and that he thinks the cities share in this feeling.

“It’s on you to show some benefit for this over the next year,” Johnson told McDonald. “I’ll still be here next budget process. I won’t support it if there’s not some progress.”

He suggested SEDC report to the entities quarterly as well as explain how they are using the funding.

McDonald told them it is already their plan to report quarterly and to keep the entities involved and informed.

On July 2, the Board of County Commissioners selected three people to represent the county on the SEDC board: Commissioner Lauren Schoenfeld, County Land Use Director Eric Bingham, and Southwest Wyoming Airport Director Devon Brubaker. They also selected Marty Carollo, All West Communications, as their alternate.

However, Carollo is already a representative for the City of Green River, so the county must choose a different alternative. Schoenfeld will take the lead on choosing a new alternate.