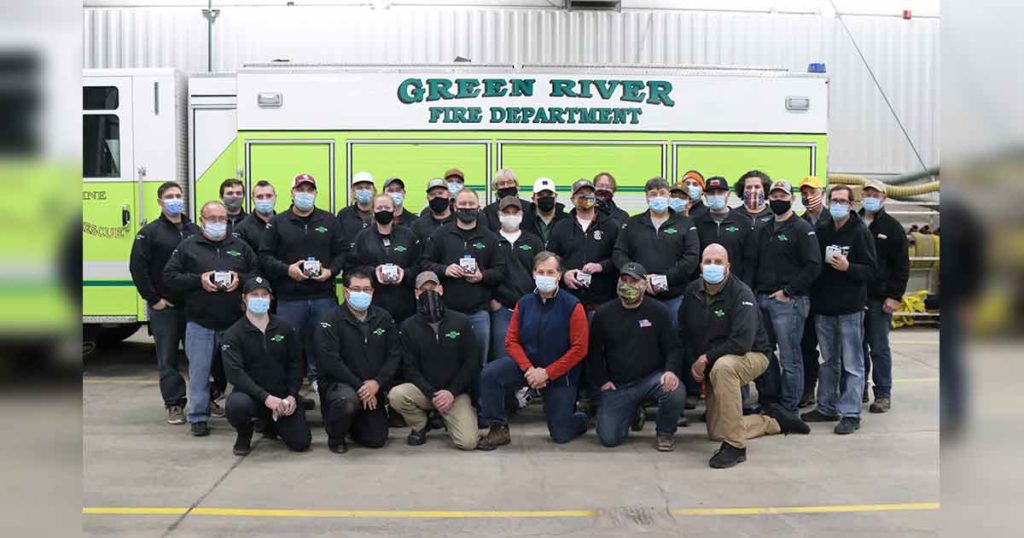 GREEN RIVER — Genesis Alkali showed their support to the Green River Fire Department (GRFD) with the donation of 50 safety helmet lights. These lights are made by Nightstick with firefighting duties being their primary purpose.

The lights are also intrinsically safe, which means they are compatible for use in hazardous and
explosive conditions.

This project was led by James Sturgess who is a firefighter for the GRFD and also a unit manager for Genesis Alkali. Sturgess decided to see if Genesis Alkali would do a donation to the GRFD. This was done after the GRFD was dispatched to a cooling tower fire on the Genesis Alkali plant site.

Vice President of Manufacturing, Fred Von Ahrens, expressed his thanks to the response of the GRFD. The firefighters were able to get the fire out in a timely manner, he said. This led to Genesis Alkali being able to get a mobile cooling unit to restore their production rates.

The GRFD is greatly appreciative of these donations as they will be utilized to keep its firefighters safer. Having the lights being powerful and hands-free will give the firefighters the agility to keep themselves safe, and to focus on the victim or patient they are providing aid to.

Genesis Alkali has been very gracious to the GRFD with these employees so they can better serve the Fire Department, and the community with the goal of keeping everyone safe.