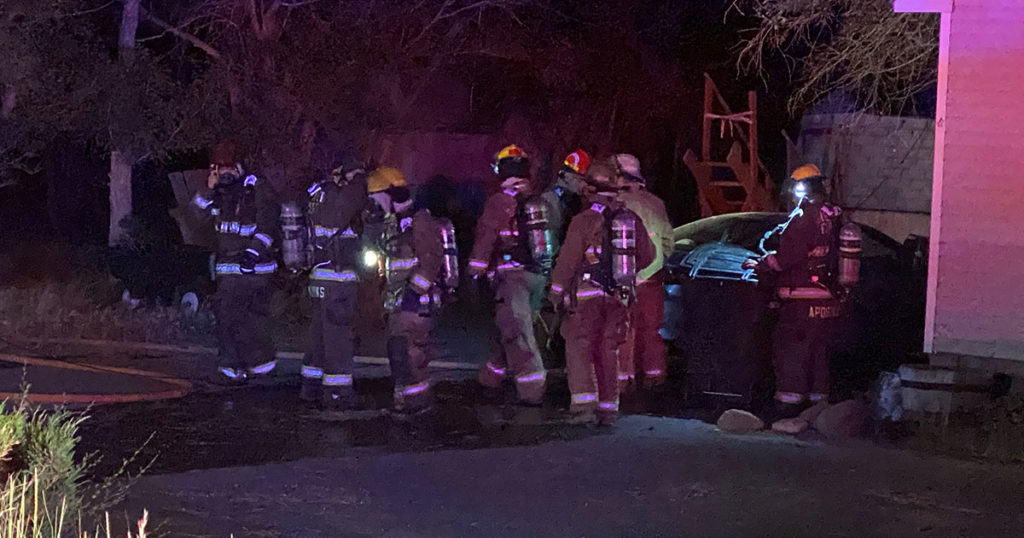 GREEN RIVER — The Green River Volunteer Fire Department (GRFD) had a busy Monday, responding to two different fires, one in Green River and one in Jamestown.

Monday at 11:24 p.m., GRFD was dispatched to the Johnson Street area in Jamestown. Assistant Fire Chief Larry Erdmann said two sheds and a green house were on fire when they arrived. Erdmann said the firefighters were able to contain the fire to those three structures. Cause is under investigation and there were no injuries.

Earlier Monday, at 12:30 p.m., GRFD extinguished a grass fire on Monroe that was located behind the Living Hope Church. According to Erdmann, the fire was contained to a small area. No structures were threatened or damaged.  Erdmann said both fires compromised power lines and that Rocky Mountain Power was called to both scenes.