GREEN RIVER — A man arrested for DWUI, Interference with a peace officer – resisting arrest on January 22 tried to evade police when they attempted to contact him on suspicion that he was driving while intoxicated.

According to the incident report, officers responded to a report of a possible intoxicated individual attempting to leave in a vehicle from the Hutton Heights Shopping Center. Officers observed a vehicle matching the description given, speeding away from the store, traveling southbound towards Riverview Drive.

Then the vehicle conducted a U-turn and proceeded back towards the store, and stopped in front of the store.

The vehicle finally pulled into a parking space at a residence on Riverview Drive. Officers contacted the driver and detected an odor of an alcoholic beverage emitting from the driver.

Officers subsequently placed the driver, Eloy Fierro, age 43, of Green River, under arrest and issued citations for DWUI Alcohol Incapable of Safely Driving and Interference with a Peace Officer – resisting arrest. Officers transported Fierro to the Sweetwater County Detention Center and completed a report of the incident. 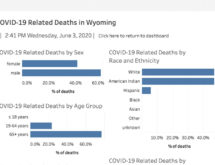 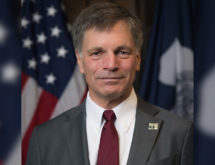