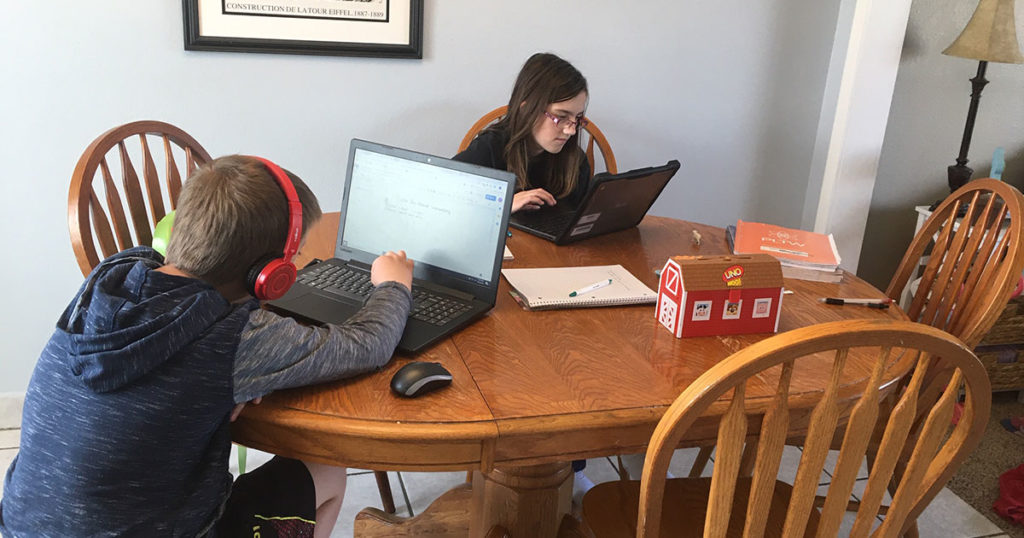 GREEN RIVER — Due to the COVID-19 Coronavirus pandemic, schools were ordered to close over a month ago leaving parents, teachers and students to adjust to the new environment of online learning.

Now that Sweetwater County School District No. 2 is in their final week of school for the year, Green River parent Anneka Smith shared her and her two children’s virtual learning experience after completing SweetwaterNOW’s online learning survey.

Anneka has two children attending schools in SCSD No. 2. Her daughter is in 6th grade while her son is in 2nd grade. She also has a three-year-old daughter at home.

With the move to online learning, the Smith family has faced several challenges, but Anneka believes her family could have it worse than they do. She is thankful to be a stay-at-home mom, which she believes has helped with the stress of the situation.

“I do not have to juggle working outside of the house on top of being an educator,” she said. “I can’t even imagine how difficult that is.”

However, the move to online schooling has still uprooted her and her family’s daily routines as she is now spending multiple hours a day helping her children with their assignments. When answering the online poll, Anneka said learning new technology has been a challenge, but her biggest struggle has been helping multiple children. Though her 6th grader is quite self motivated and stays on top of her work, her 2nd grader struggles a bit with the online environment.

“We have lots of tears shed and fits thrown, multiple times a week,” Anneka said. “He gets frustrated when he doesn’t understand something right away or when it’s ‘too much work’, according to him.”

Anneka said she is not able to get much of her daily chores done, and sometimes doesn’t even shower or exercise, until her son completes his assignments.

“Everything is on hold until my son can finish his work, usually around lunchtime, but sometimes longer if it’s been a rough day,” she said.

With her 6th grader, the biggest task for Anneka is just making sure her daughter is ready for her Google Meet sessions and has completed all her work at the end of each day. The first Google Meet is at 8 am, so the day starts at 7:30 am, Anneka said. They get ready for the day just as they would if they were attending school.

“No pj’s unless they earned them through our good-behavior system,” Anneka said.

As the weeks have progressed, Anneka said online learning has gotten easier to navigate, but she is still presented with frequent challenges.

“There have been times, especially at the beginning, when (my son) would need my help, my 6th grader would have a question about something, and my three year old needed to go to the bathroom, all at the same time,” Anneka said. “There are still days that I feel like I am being pulled in so many directions, trying to help everyone,” she said.

With the move to online, the curriculum involved in the classes has changed, and in some cases has lessened. The classes for Anneka’s kids have become much shorter, and especially so for her 2nd grader.

“Talking to other moms, I know that this ranges depending on the teacher, and of course grade,” Anneka said.

The shortened classes leads Anneka to believe they are not learning near as much as they would be in the classroom.

“In my opinion, this virtual learning cannot continue and be effective,” she said. “While my kids do their work, I don’t feel like they are fully learning the things they need and are merely getting a surface education.”

At home, the kids don’t receive the hands on learning and the repetition and practice needed to properly learn the subjects.

“Educators are taught to teach to students’ learning styles, but that is quite difficult to do through technology,” Anneka said.

In addition, they are not getting the same experience in extracurricular classes such as art, music, technology, PE and health.

“My daughter is in band, her first year, and it’s really hard to motivate her to practice,” Anneka said.

For her son, his school made all the special classes optional. Anneka and her son have chosen not to put too much focus on the extra classes, instead focusing on the core classes.

“I feel bad to not encourage him to do the work that these teachers are putting together but the fits are enough for the three subjects he has to do,” she said.

Since the move to online, one of the biggest challenges her children have faced is simply missing school. Though they both miss school, Anneka’s 2nd grader is especially struggling with the lack of in person socialization.

“My 2nd grader is an extremely social kid. He has never been good at entertaining himself,” she said. “He needs people.”

Her 6th grader is a less social than her son, so the lack of socialization hasn’t been quite as big of issue for her. Anneka said her daughter did chat with friends on Google Meet, but that has tapered off over the weeks. She misses the classroom setting the most.

“I think she would like to do more hands on learning that you get in the classroom only,” Anneka said.

“How can we involved them through technology? That is very limited,” Anneka said.

Anneka is thankful they only had to do a quarter online, rather than more. She said she understands the struggles teachers are going through with reaching students and teaching them to the best of their ability.

“Teachers are doing their best, but this kind of learning is not sustainable,” Anneka said. 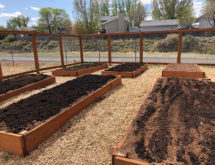 Get Ready, Get Set, Now Grow