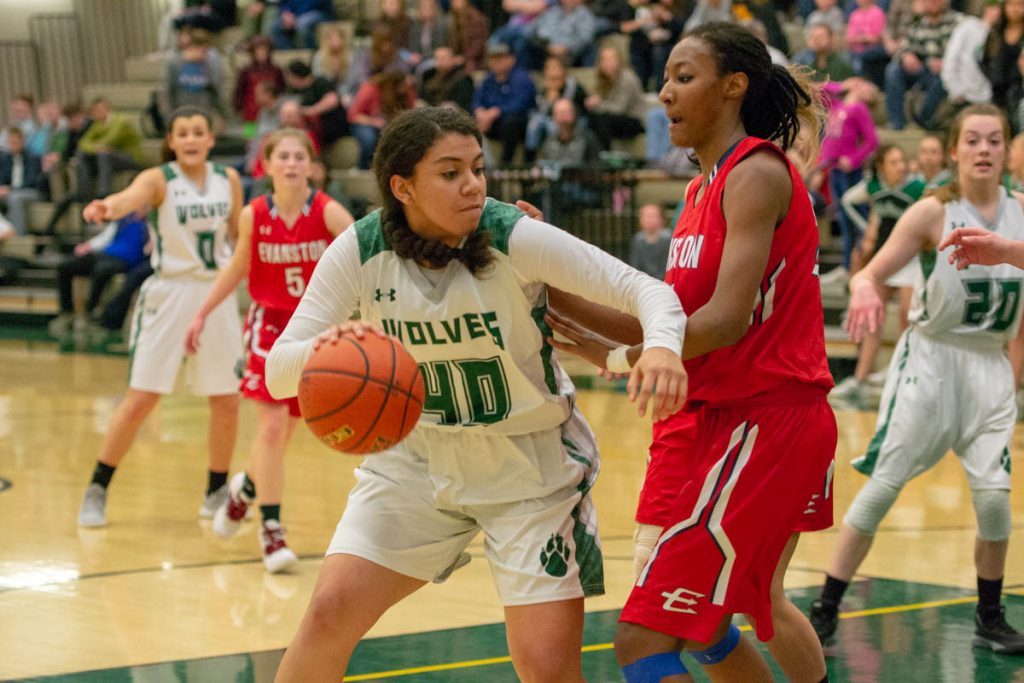 GREEN RIVER– The Green River High School girls and boys varsity basketball teams hosted Evanston Thursday evening, in which the girls won while the boys fell to the Red Devils.

Thursday night’s game was also Military Appreciation Night, in which GRHS recognized and honored those who have dedicated themselves to defending the United States.

Those who have served or are currently serving in the military were escorted onto the gym floor by the GRHS cheerleaders and the dance team to be recognized by the crowd.

Boy Scout Troop 312 presented the flags, including all five armed service flags, for the National Anthem.

Evanston put the first points up, but the two teams kept the score close at the start of the game, the Wolves trailing by just one at the end of the first quarter, 12-13. Evanston pulled away from the Wolves a bit in the second quarter, heading into halftime leading 31-23. Green River continued to trail in the second half, but in the fourth quarter, they started making a comeback. With 20 seconds left in the contest, the Wolves were trailing by one point at 68-69. However, in a series of scoring and free throws, Evanston pulled away and took the win 75-70.