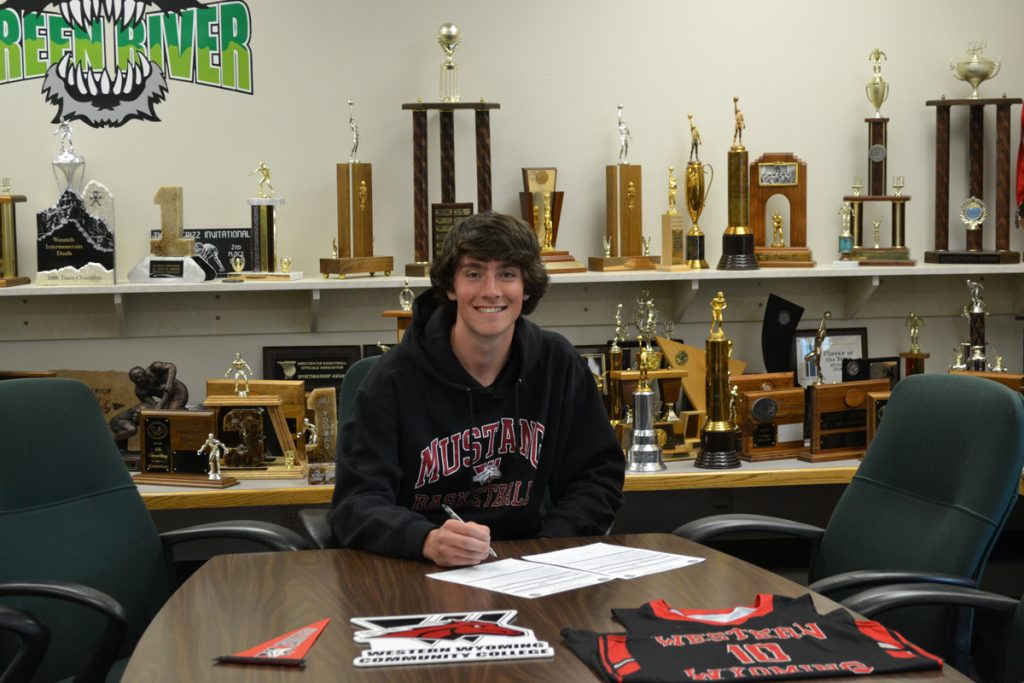 Coach Soza first saw Stoeger play in a game against a Utah team in which Stoeger hit six three-pointers. Soza recalls being impressed by his shooting, but what really stood out was how much of a team player Stoeger is.

“Chase sees things that other kids and sometimes coaches don’t see. He’s just got a great court sense,” Ivie said. “He can do everything. He’s played point guard for us for four years and he’s led our team in rebounding all four years, and as a guard that’s pretty significant in 4A Wyoming. He can shoot, he can pass, he can distribute.”

Coach Ivie said part of what makes Stoeger such a great player is his leadership skills. He started Varsity ever since he was a Freshman and he always led the team in rebounds and free throw percentage.

“Chase is a big reason, if not the reason, for the turn around of our [basketball] program,” Ivie said.

Ivie added that Stoeger’s best qualities aren’t his knowledge of the game or his skills on the court. Rather, it’s just that he’s a good person.

“He’s just a great kid and a super leader,” she said.

Stoeger plans to study Chemical Engineering. As for on the court, he just wants to be able to compete with the college-level athletes.

“I really want to improve my shooting, become a better free throw shooter,” Stoeger said. “Also get bigger, stronger, and faster to compete with all those athletes who’ve been doing it for a year or two already.”