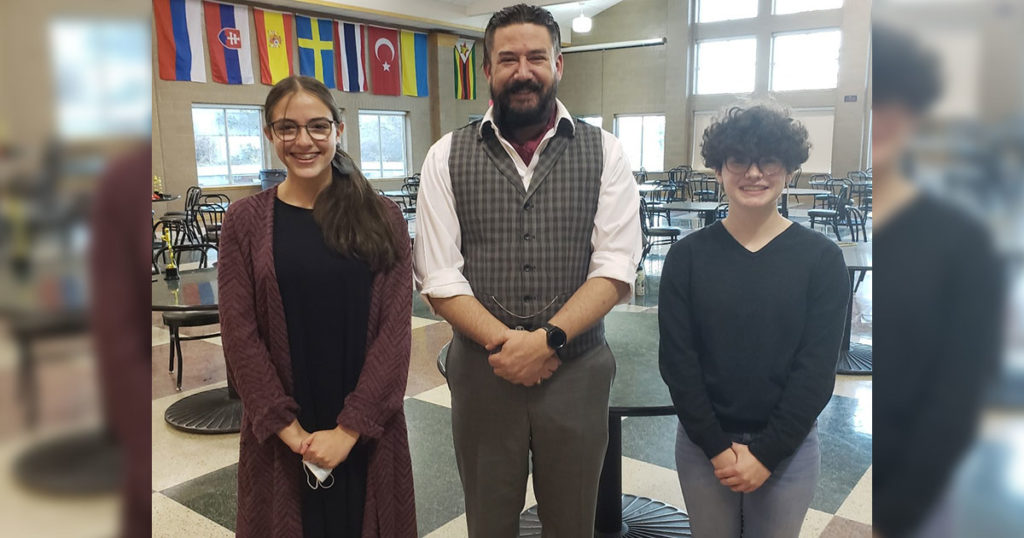 GREEN RIVER — Two Green River High School theatre students were nominated for awards at the Cheyenne Youth Short Film Festival back in May this year.

Grubb wrote and directed the film, which was about a girl, Lucy, who had always taken second place her whole life to Evelyn.

“It takes place the end of senior year. Lucy and Evelyn applied for the same scholarship and Evelyn ended up winning it. Lucy has finally had it with taking second to Evelyn and decides to sabotage her life,” Grubb said. “Lucy spends most of the film messing up Evelyn’s friendships, reputation, her test scores, and finally deciding to email the college and take Evelyn’s scholarship from her. While Lucy is writing this email, she gets a text from Evelyn asking her to come over. The girls share a moment were they bond over the pressure put on them and how winning isn’t all its cracked up to be. The film ends with Lucy deciding whether to send the email or not. We never really find out if Lucy sends the email.”

Grubb said she has always enjoyed horror and mind twisting films, so it feels natural to her when writing and directing.

“I originally saw a writing prompt on Instagram,” Grubb said. “It hovered around the idea of jealousy and sabotaging someone’s life. From that I brainstormed and came up with this story.”

Before this film, Grubb had shot two other films, one for the State Thespian Festival and one for theater class. Though this was not the first film Grubb has written and directed, she did find it to be the most challenging. She only had two weeks to write, direct, and edit the film.

“This film festival had certain requirements I had to fulfill such as three production photos, a shot with a stage, a quote that they provided, and a close pan shot,” Grubb said. “I found the editing and writing the easiest. The directing took a lot of time and I had to work around all of my actors’ schedules.”

Additionally, since the filming took place during the school year, she did not have access to a professional camera.

“I was only shooting with my phone which made certain shots difficult,” she said.

Figenser said she had a great time working on the film, and she hopes to be able to be cast in more of Grubb’s films in the future.

“It was easy working with Maddie as a director. She allowed us to try things in different ways,” Figenser said. “It was fun to be surrounded by friends.”

Grubb said a lot of the decisions she made for the film were made the day of shooting. Despite a lot of planning, she said that there was a good amount of spontaneity throughout filming.

“I think my favorite part about creating this film was the filming and creative process. Some things in the film weren’t originally in the script,” Grubb said. “I love the filming aspect a lot, I think its super cool to be able to define your story through shots. I think at the end of the day the success of films comes down to the camera work.”

Figenser said that while acting is not what she wants to do for a career, she plans to always act and sing. Grubb, however, has discovered she is very passionate about filmmaking and would like to make a career of it.

“I would like to attended a college with a great film program so I can get a degree in cinematography and directing. After that, I’m going to move to LA and try to make my way in the film industry and hopefully make big screen film,” Grubb said.

Grubb also plans to make a YouTube channel in the future where she can upload all of her films.

For this film, Grubb said she learned a lot and is thankful for the experience and the people who helped her along the filmmaking process. She gave a lot of credit to her dad for always helping her fine tune her ideas, as well as her theater teacher, Brad Skinner, who made her aware of the competition. She also gave a big thanks to her actors who dedicated their time to the film.