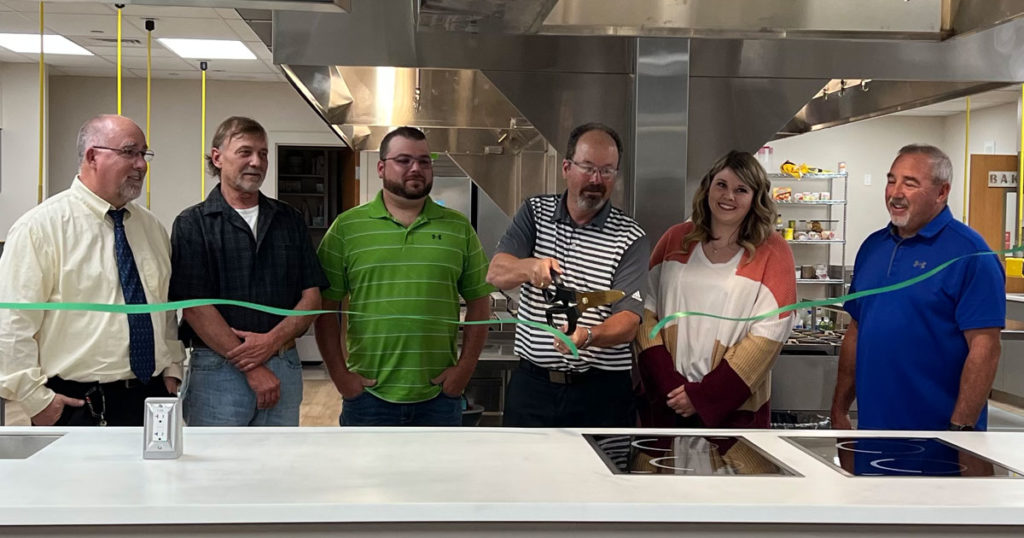 Construction started in the spring and was completed mid-August by Groathouse Construction. SCSD No. 2 School Board Chairman Steve Core said that they were on a tight timeline.

“He bragged about the culinary arts program in Rawlins and the facility they had,” Core said.

GRHS Culinary Arts teacher Marisa DeClercq then visited Rawlins to look at the facility. In the Fall of 2021, she came to the SCSD No. 2 School Board and Superintendent Craig Barringer with a proposal for an upgraded GRHS kitchen.

“We jumped on it. We thought it was a good idea, a good program,” Core said.

DeClercq said that around 145 students are signed up for Culinary Arts at GRHS this year, and Core believes it will continue to grow.

There are five classes of Culinary I, and one class of Global Foods being offered this semester, according to DeClercq. Next semester, it will change to Culinary II and Culinary III, with a Hospitality and Management class.