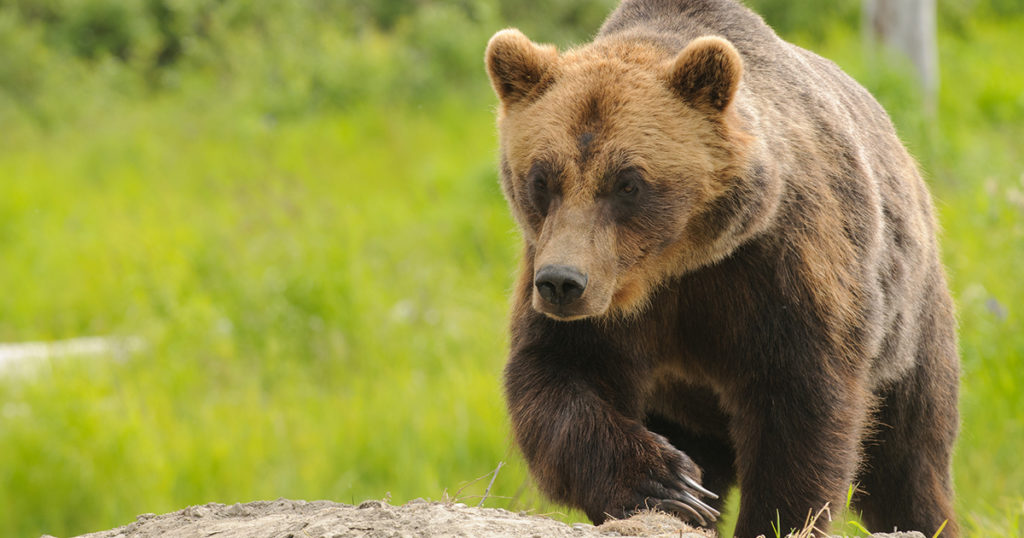 YELLOWSTONE NATIONAL PARK — On the morning of June 22, 2020, a 37-year-old woman, from Columbia, Missouri, sustained a minor injury from a female grizzly bear while hiking on the Fairy Falls Trail near Old Faithful.

The visitor was hiking alone when she encountered two grizzly bears at very close range. The female bear knocked the woman down, and she sustained a scratch on her thigh. When the visitor fell to the ground, she also received minor injuries to her face. She later declined medical attention.

The hiker attempted to use her bear spray.

Following the incident, the Fairy Falls Trail was cleared of hikers. The trail and surrounding area has been temporarily closed.

“From the injured person’s statements, this appears to be a typical case of a mother grizzly bear protecting her offspring following a close-range encounter,” bear management biologist Kerry Gunther said. “Because this bear was displaying natural protective behavior for its cub, no action will be taken against the bear. Several trails in the area will be closed to give the grizzly family group time to clear from the area.”

This is the first incident of a bear injuring a visitor in Yellowstone in 2020. The last time a bear injured a visitor in the park was in June 2019, when a black bear bit into an occupied tent and bruised a woman’s thigh.

Wildlife in Yellowstone National Park are wild. When an animal is near a trail, boardwalk, parking lot, or in a developed area, give it space. Stay 25 yards (23 m) away from all large animals – bison, elk, bighorn sheep, deer, moose, and coyotes and at least 100 yards (91 m) away from bears and wolves.