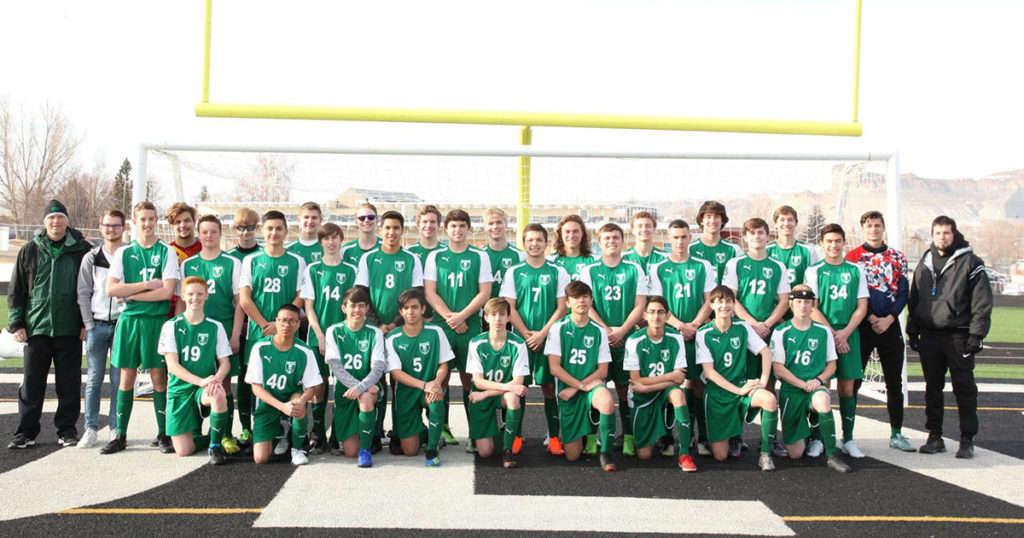 Shock and heartbreak is what Green River High School senior boys soccer players, Ivan Leon and Atani Perez, felt when they learned the 2020 soccer season was being canceled due to the COVID-19 Coronavirus pandemic.

Leon tried to remain optimistic when the season was postponed but as time went on his hope started fading away.

“The fact of not being able to play a senior season is pretty heartbreaking,” Leon said. “Especially the fact that we did not know that we had already played our last game along with last year’s seniors.”

Perez said he was sad and shocked to hear the season had been canceled. He never could have predicted losing his senior season.

“I was very excited to play my last year of high school soccer,” Perez said. “I was in shock when the coaches sent the message about the season being postponed and then canceled. I never knew something like this could happen.

GRHS boys head soccer coach, Kahler Dawson, said though the safety and health of the players and staff is always of utmost importance, it was a let down to lose the season.

“I feel for the players, in particular, our two seniors. High school is such a short amount of time in our lives. Especially in terms of sports, to have one of those years taken away from you is so unfortunate,” Dawson said.

Dawson said many high school athletes look back on those years with fond memories.

“It is truly unlucky that all spring student-athletes lost out on the opportunity to display their skills and enjoy the sports,” he said.

Leon, Perez, and Dawson all had goals set for the season that they were never able to accomplish due to losing the season.

Feeling as though they had all the components for a successful season, Leon wanted to see the team qualify for state.

“The goal has always been to reach state and be able to compete, and I truly believe we had all the pieces to be able to do so,” Leon said.

Along with a state appearance, Leon was also hoping to win the Southwest Invite trophy and possibly a conference and regional title.

Perez was looking forward to achieving goals of personal growth throughout the season.

“I exptected this year to be one of my best since it was the last and I was working really hard in practice to set examples and help others learn from me,” Perez said. “One of my main goals for me was not only growing as a player but as a person too.”

This was Coach Dawson’s first year as the boys soccer coach, and he was looking forward to building upon the program previous coach, Chris Bieber, helped to create.

“He has run a successful program for more than ten years,” Dawson said. “I had hoped to continue upon what he has built with his help and of the assistant coaches, Cody Smart and Toby Trumble, who have been with the program for many years.”

Though Leon and Perez did not get their senior season, they are looking forward to seeing the team compete in the coming seasons.

“It’s sad for the seniors of the team, but I know that the program will continue to excel for years to come,” Leon said.

Leon will attend the University of Wyoming in the fall and will be majoring in mechanical engineering.

Perez will be attending Western Wyoming Community College to study industrial maintenance. Due to WWCC cutting their mens soccer program, Perez will not be continuing his soccer career. 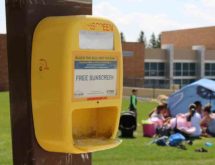 Residents to Benefit from Sunscreen Dispensers Located in Local Parks