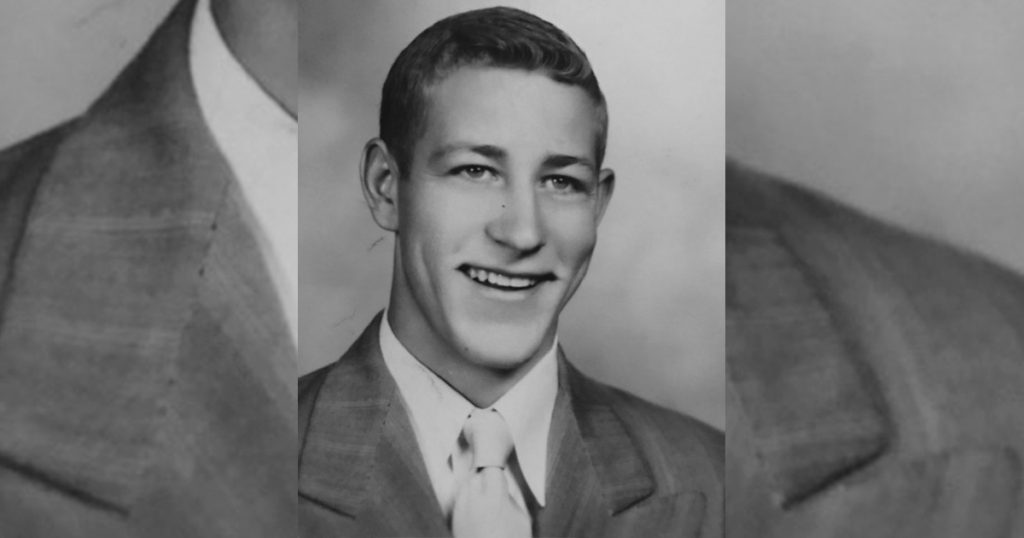 PHOENIX, ARIZONA — Herbert Smith Slafter, Ed.D., 85, died Wednesday, March 11, 2020, of complications from Alzheimer’s disease at home in Phoenix, Ariz., in the presence of his wife of 66 years, Cecil Rae Slafter.

Bert was born in Haig, Neb., on December 30, 1934, and grew up in Wyoming. He graduated from Shoshoni High School as class president and enrolled at the University of Texas in El Paso in 1953 on a basketball scholarship later transferring to the University of Wyoming on a scholastic scholarship.

A recipient of a bachelor’s, a master’s, and a doctor’s degree from the University of Wyoming Bert dedicated himself to the cause of public education. Over a career of almost 50 years he served as a teacher, coach, school principal and superintendent of schools in Pinedale, Wyo., dean of instruction and president of Western Wyoming Community College and assistant to the chancellor for instructional programs in the Alabama Department of Postsecondary Education.

In these roles Bert championed artistic, technical and academic fields and dramatically improved
the funding, instructional quality and critical oversight at colleges and schools in Wyoming and
Alabama.

Bert married his high school sweetheart, Cecil Rae Picard, the summer before enrolling in
college, and the two of them raised their children, Solon Smith Slafter and Stewart Raymond
Slafter, in Rock Springs, Wyo. As a believer in the utility and transformative power of
higher education Bert provided the unquestioning support necessary for both his children and his
wife to obtain college degrees.

After retirement from the State of Alabama in 2002, Bert spent his winters in Phoenix, Ariz.,
and his summers at the Wyoming cattle ranch where his wife grew up. Repairing fences,
rebuilding mangers in an antique barn, hunting for arrowheads and designing landscape features
became the dominant pursuits of his life. He enjoyed trips with his family throughout the
Western United States, Hawaii, Mexico, Germany and Italy before the encoachment of dementia
made further travel impossible.

Bert was preceded in death by his father, Elmer, his mother, Mildred, his stepmother, Freda,
seven siblings and his oldest son Solon.

He is survived by a half-brother, Ronald, many nieces and nephews, his wife, Cecil, his younger son, Stewart, his daughter-in-law, Amy and his grandson, Marco of Oakland, Calif.

Everyone who met Bert knew him to be extremely kind, tolerant and a patient man who never spoke ill of anyone. He loved his wife and children more deeply than words could convey.