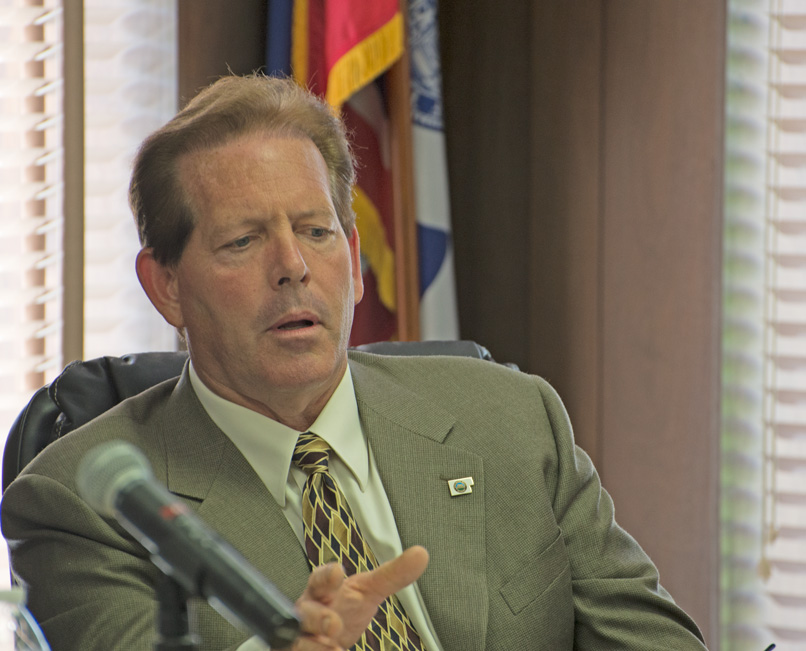 SWEETWATER COUNTY – After circulating a petition to allow voters to decide on starting a health district in Wamsutter and Bairoil, the High Desert Rural Health District received good news on Tuesday.

John Cougar, legal representative for the residents of the district, said rural health care in the area is imperative to the county and the state’s mission of health and safety. He said the way industry and the community have come together for the purpose of health in the area shows the importance of the issue. There were BP representatives present and Anadarko had previously spoken to the commission about the district.

“All statutory requirements have been met to put it before the voters,” he said. “It is a serious issue to the area.”

Commissioner John Kolb said this issue was a county issue and not just an issue for the district. He took exception to the thought this was just a rubber stamp.

While Kolb was pleased to see industry involved, and to see other things he asked of the district being done, he said this should not be taken lightly because to him it could be the life or death of districts.

Commissioner Reid West said the county has a lot of improvement districts and several are now in financial trouble. Many have recently come before the county seeking financial help.

West cautioned the group to stay on top of their assets, noting 2 mills will generate a lot of money. He told the group not to just put health care minds on the board, but also people who understand business.

Commissioner Don Van Matre said there were 23 special districts in the county. He too said he had concerns and urged the group to take this challenge seriously.

Chairman Wally Johnson recalled BP coming before the commission several years ago telling them they were going to put millions of dollars back into the community of Wamsutter. He said he was glad to see BP behind this, along with Anadarko adding its support. He also echoed his fellow commissioner statements about how many districts are failing right now and to take each step cautiously and thoughtfully.

The district formation will now have a public hearing at a future Sweetwater County Commission meeting where residents can speak on the issue. Then there is a waiting period for 30 days. After that, the commission will take action on whether or not to put the district on the ballot. Davis told SweetwaterNOW it could either be on the regular ballot or there could be a special election were ballots would be mailed in. Only those in the proposed district’s boundaries, which run from Wamsutter up to Bairoil, will vote on the district.