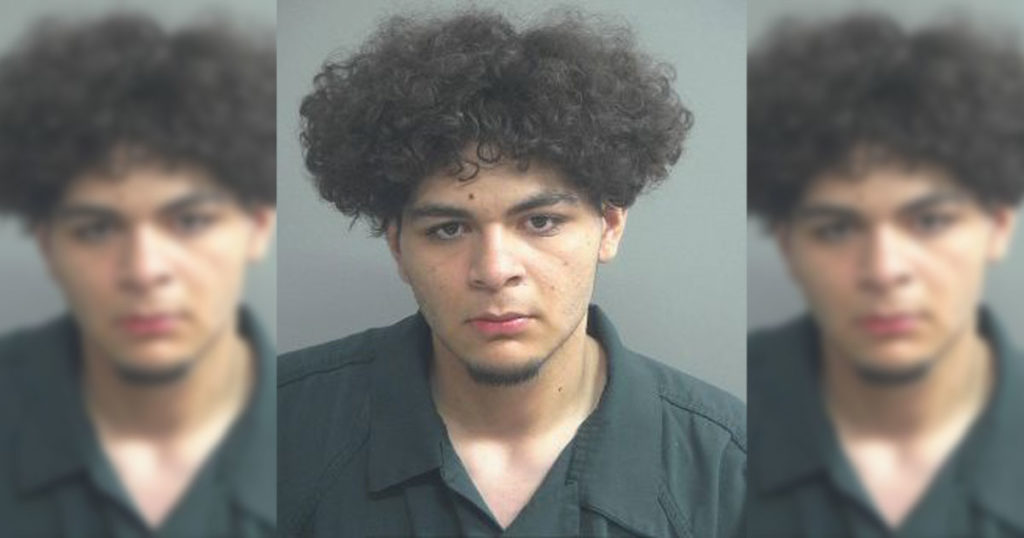 Indiana resident Joel Servin allegedly led law enforcement on a high-speed chase in excess of 150 mph from the Bridger Valley to just east of Green River on Monday.

SWEETWATER COUNTY — A 19-year-old Frankfort, IN, man led law enforcement on a high-speed chase that began in Uinta County and ended with his arrest near Green River on Monday.

Joel Servin is facing up to 13 charges for his alleged crimes including excessive speed, reckless endangering, eluding law enforcement, and drug possession.

Wyoming Highway Patrol Sgt. Jeremy Beck says troopers responded to a report of a vehicle traveling at high rates of speed on Interstate 80. The chase started in Uinta County near the Bridger Valley around 2:45 p.m. and ended in Sweetwater County a few miles east of Green River at around 3:35 p.m.

Beck said Servin allegedly led troopers on a high-speed chase that exceeded speeds of 150 mph. Servin was driving a Chevy Camero and had swerved around several spike strips placed on I-80 to stop him.

Servin was finally apprehended after another attempt to deploy spike strips were successful in between Green River and Rock Springs.

Kemmerer resident Stetson Marino was nearly run off the road and shared several photos with SweetwaterNOW after the incident. Marino said he was actually the first person on the scene after Servin’s car came to a stop.

“I stopped my vehicle and went to see if the driver needed help because he nearly ran me off the road,” Marino said. “I didn’t realize it was a high-speed chase at first because the police were quite a ways behind him.”

No court dates have been set in Servin’s case as of today. He remains in custody at the Sweetwater County Detention Center.