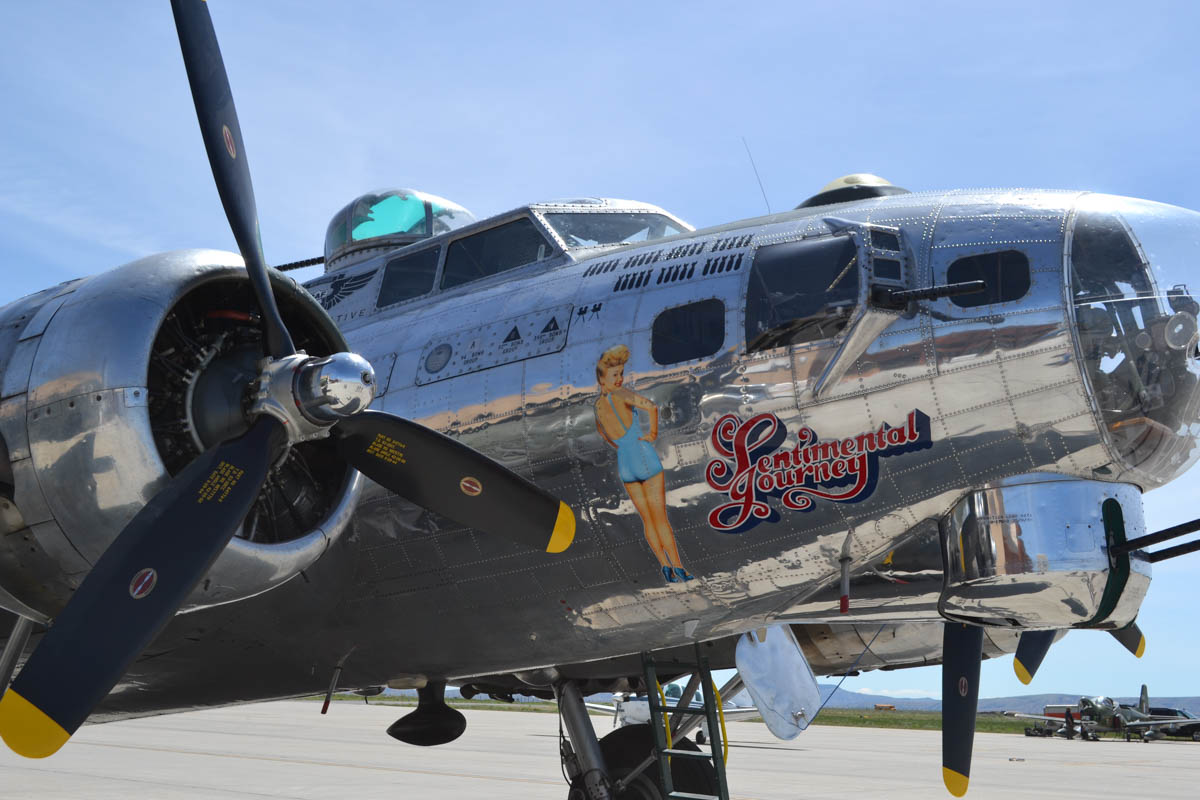 ROCK SPRINGS– A historic World War II B-17G Bomber is on display at the Southwest Wyoming Regional Airport this week for the Living Legends of Victory Tour.

This particular B-17 was built in November 1944, and was shipped out to battle in 1945 where it served through the end of the war. After the war concluded, the bomber was stationed in Japan until 1947 when it was shipped back to the United States.

In the US, it spent several years putting out forest fires.

In war, the bomber wasn’t good at hitting ships in the sea, so it was confined to land targets. It was brought in when heavy bombing was needed, such as in areas with a lot of concrete.

A crew made up of 10 people operated in the bomber– a pilot, co-pilot, navigator, bombardiers, turret gunners, an engineer, radio operator, and gunners who worked in the body and tail of the bomber.

The B-17G could be in the air for as long as eight hours at a time, and the bomber burns 200 gallons of fuel per hour.

The B-17G will be on display, and available for tours and flights out at the Southwest Wyoming Regional Airport’s general aviation facility through Sunday, June 16. The general public can view the outside of the plane for free, while tours inside and flights are available for a charge.

Check out some more shots of the B-17 below.