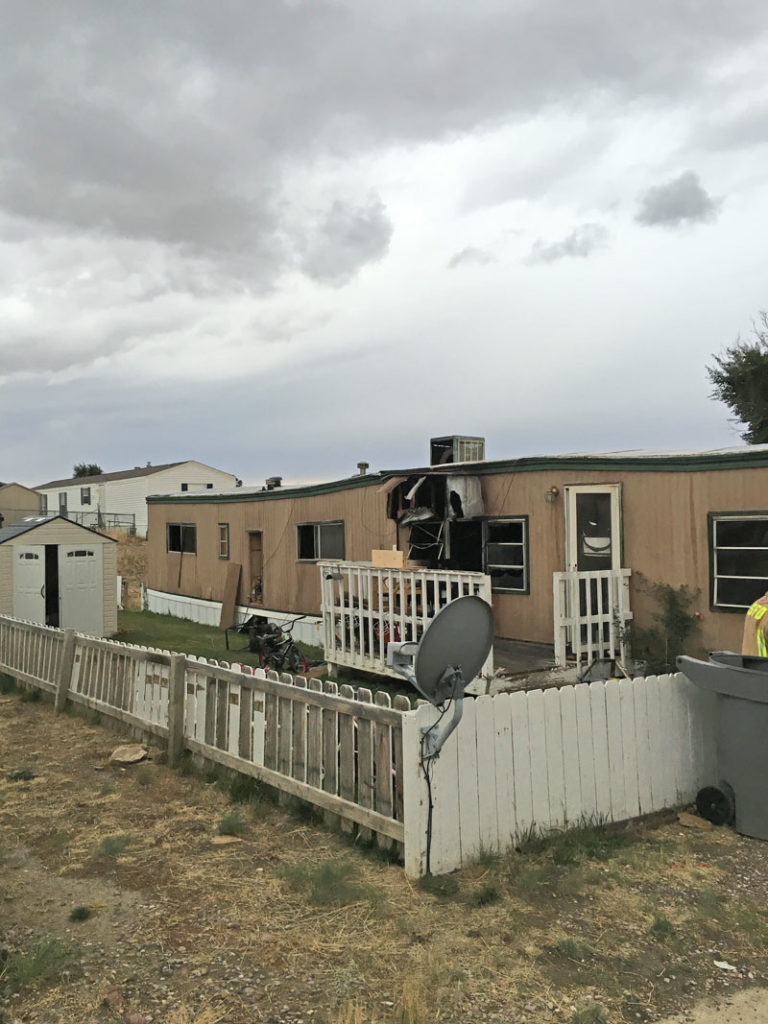 ROCK SPRINGS — A family of five was displaced due to a fire in Rock Springs. At 3:17 pm on September 14 the Rock Springs Fire Department was dispatched to 1700 Swanson Drive #96 for a report of a mobile home fully engulfed in flames. Rock Springs Fire responded with two engines and a ladder truck with nine firefighters in all. Upon arrival, heavy flames were visible on the front porch and coming from the home. Firefighters deployed attack lines and knocked the fire down within five minutes of arrival.

At the time of the fire no one was home; however, a puppy – the new family pet was rescued from under the sofa in the living room where he had hidden to escape the fire. The puppy was treated at the scene and released to the owners.

The combined fire investigation team from the Rock Springs Fire and Rock Springs Police Departments remained on scene until 7:20 pm conducting the investigation, which is still ongoing. The home and most of the contents were lost due to the fire and smoke.