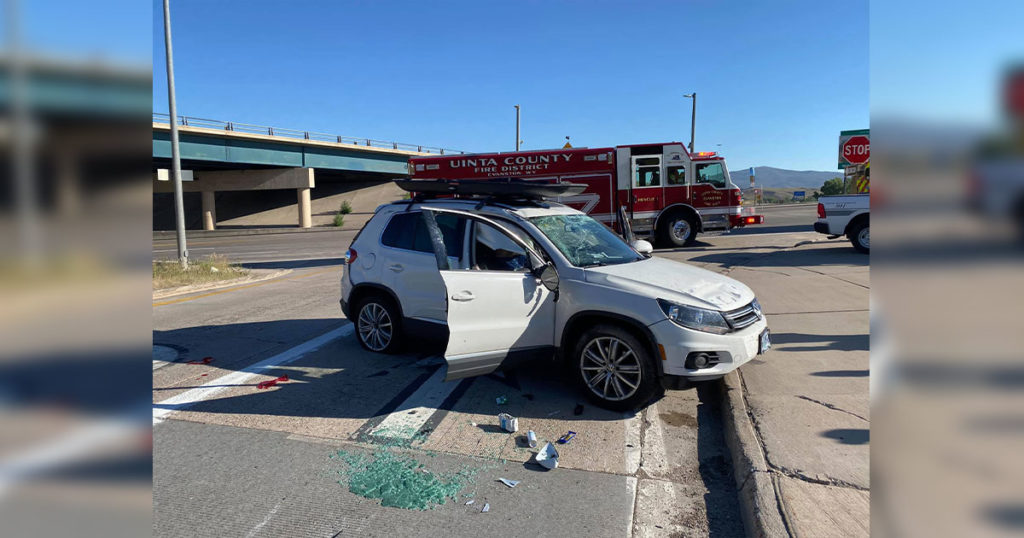 A one-vehicle crash on July 30 caused traffic on Interstate 80 to be diverted. Uinta County Fire and Ambulance Facebook photo

EVANSTON — The Uinta County Fire and Ambulance service responded to a single-vehicle crash near Evanston this morning.

According to a Facebook post from UCDA, the crash occurred on the westbound off ramp of I-80 on Exit 5. Due to the location of the crash, traffic was diverted South on Highway 150 for a short time as crews worked to clear the scene.

The vehicle’s two occupants were checked out and released on scene with no injuries.

According to the Wyoming Department of Transportation, the crash occurred around 8:55 am on Thursday, July 30, and was cleared around 10:30 am. Delays due to the crash started to ease shortly after the vehicle was removed.

The Evanston Police Department is investigating.