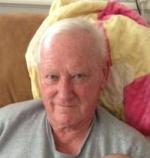 He was born on March 19, 1944 in DeRuyter, New York, the son of Donald Burdick and Rozella Stull.

Mr. Burdick attended schools in DeRuyter New York and graduated from the State University of New York at Stoneybrook in 1966, earning a Bachelors Degree in Engineering.

Mr. Burdick worked at Church and Dwight for thirty-four years until his retirement in 2003.

He was a member of the Sweetwater County Hospital Board and the Western Wyoming Community College Board.

He was preceded in death by his parents and two spouses, Elaine and Linda Burdick.

Private graveside services and inurnment will be held in the Riverview Cemetery in Green River, Wyoming.