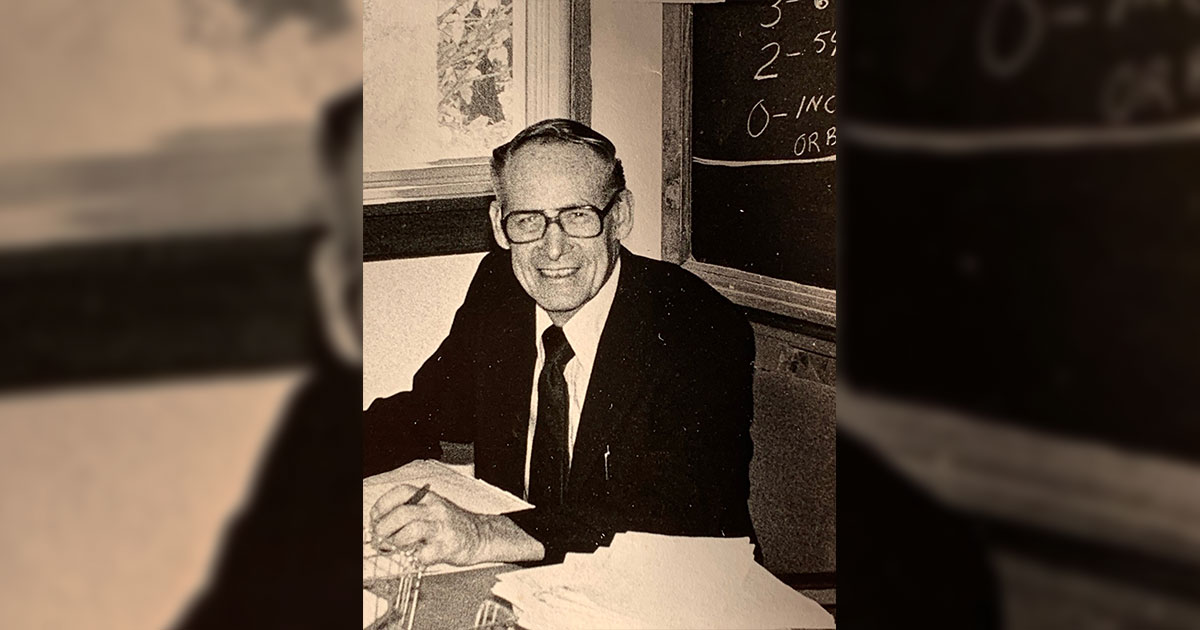 A longtime resident of Rock Springs, Mr. Petersen died peacefully in his sleep. He was born on August 15, 1923 in Omaha  Nebraska, the son of Charles C. and Virginia Finlayson Petersen.

Mr. Petersen attended schools in Green River, Wyoming and was a 1941 graduate of the Green River High School. He also attended and graduated from the University of Wyoming with an Education Degree in 1950.

Mr. Petersen was a decorated United States Air Force World War II Veteran who flew 35 missions over Europe. He was employed by School District #1 as a Math Teacher and taught school in Rock Springs for thirty years, prior to that he worked as a machinist for Union Pacific.

Mr. Petersen was a member of American Legion Archie Hay Post #24 and Veteran’s of Foreign Wars.

He also volunteered at Broadway Bargains for many years.

He was preceded in death by his parents; his wife; his son Jim and three brothers.