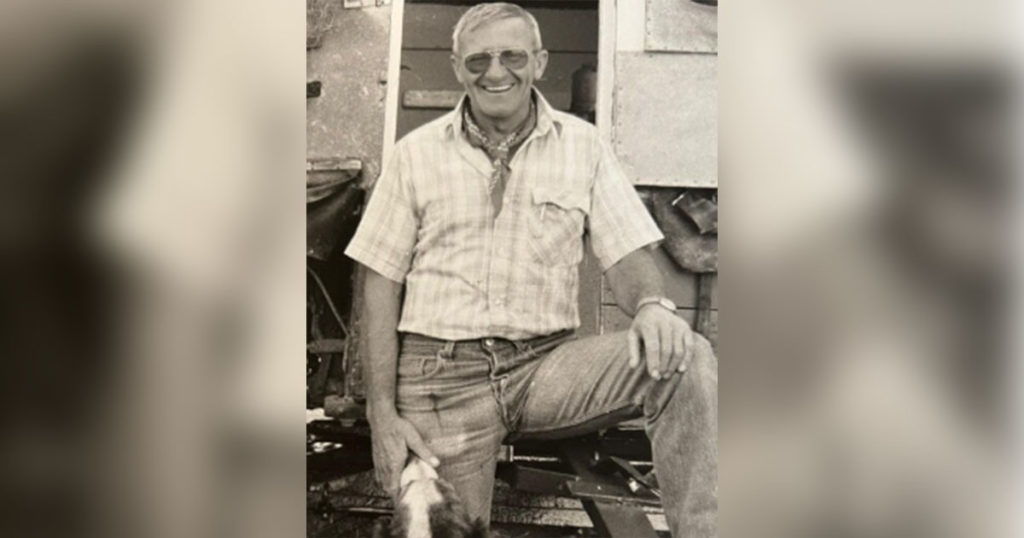 Jean Leon Jauregui, 91, passed away peacefully at Parker Adventist Hospital in Parker, Colorado on September 5, 2022, after a brief illness. “Leon” had been living in Aurora, Colorado, near his daughter, for the past four years.

The last of the Basque immigrant sheepherders to Wyoming, Leon made his life in the desert of southwest Wyoming and the mountains near Geneva, Idaho and Cokeville, Wyoming. An era has truly ended with his passing. A man of strength, fortitude, humor, deep love and laughter, he has left his family on earth to join his “people” again. He was always anxious to return to his home in the Basque Country of France to be in the beautiful Pyrenees mountains, once again reunited with his family and love of his place of birth.

Leon was born on February 20, 1931, in Banca, France, a small, quaint hamlet surrounded on three sides by Spain. He was the only son in a family of six. He was nurtured and adored by his five sisters and truly came from the kindest, most gentle family. After serving two years of mandatory service in the French military, he decided to emigrate to the United States in 1952, to join his uncle and aunt on the Midland Ranch in southwest Wyoming.  Leon spent many years with the Arambel family on the Midland Ranch. He met his wife, Josephine Carricaburu in Wyoming and the two were wed on August 19, 1961. Josie’s parents had emigrated to the United States from the same area of “Iparralde”, the French Basque Country. Leon worked as a livestock foreman for Magagna Brothers Livestock and then in Twin Falls, Idaho for the Jack Thomas family. After a few years, Leon and Josie decided to join Josie’s parents on their ranch in Geneva, Idaho, to continue the Basque ranching tradition and to offer care and support for Josie’s parents. In his later years, he worked alongside Steve Raftapoulous on the Wyoming, Colorado border, as a “desert consultant” and semi-retired foreman.

Leon, aka, “the Desert Fox” and “old sheepherder” gave love and respect to all who knew him and met him. He was quick with a story and a glass of Paisano wine for anyone who sat with him at the kitchen table, either in Rock Springs or Geneva. He loved, guided and greatly respected the countless sheepherders from around the world who worked alongside him in the sheep ranching business: Basques, Spaniards, Mexicans, Peruvians and Chileans. Leon spoke four languages fluently: Basque, French, Spanish and English. He had only completed his formal education until he was 14 years old. At fourteen, he was sent to tend the family sheep in France, along the Spanish border, during occupied France. He shared space in the high country on the French/Spanish border with both German soldiers and French resistance fighters, channeling Jews out of France during World War II. He was profoundly marked the rest of his life by that experience as a young man.

Leon raised his children, Christine and Michael, alongside his wife Josie, with immense love and strength of character. His life’s path was not straight, nor easy. When life’s many challenges presented themselves to him, he greeted them with great faith and conviction. Leon had a great devotion to our Lady of Lourdes in France. He survived many near fatal ranching accidents and lived to tell the stories of them around the table with family and friends. He instilled in his children love of family, deep faith and hope in adverse situations and moments.

A Mass of Christian burial will take place on Wednesday, September 14 at 11 a.m. at Our Lady of Sorrows Catholic Church in Rock Springs, Wyoming.

The family asks that in lieu of flowers, donations be made to Holy Spirit Catholic Community in Rock Springs, Wyoming.