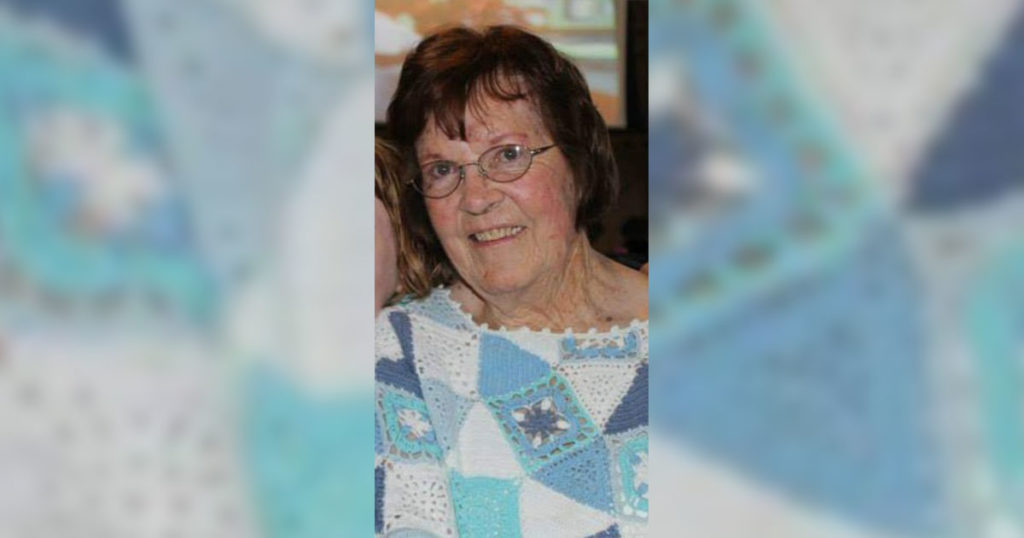 Jessie Arlene Monroe passed away on May 30, 2020 at Rocky Mountain Care in Evanston, Wyoming. She was born on December 9, 1933, in Robertson, Wyoming, to William Marvin Lamb and Florence Martha (Rasmussen) Lamb. She attended schools in Mountain View, Wyoming.

Jessie came to Evanston from Mountain View, Wyoming, at a young age of 14 and began working in the cafes as a waitress. She met her first husband Frank Isherwood Jr. and they had two children Terry and Danny. They later divorced. She met Arthur Monroe while waitressing when he would come in for lunch and they were married on October 16, 1954, in Rock Springs. They had four more children, Audra, Leila, Elizabeth and Cheryl.

Jessie began working at the Wyoming State Hospital as an aide and completed a Diploma Psychiatric Nurse program at Weber State College in Ogden, Utah. She worked at the State Hospital eventually supervising multiple halls until 1977 when she “retired” and she and Art bought Pine Gables in Evanston.

She enjoyed decorating and furnishing the bed and breakfast with period antiques and decor and running the antique store within it. She was an avid gardener and loved oil painting. She made fresh pastries every morning for the guests at Pine Gables. She was instrumental in getting Pine Gables listed on the National Historical Register. When the oil boom was waning, she and her business partner Donna Piiarnen began making custom draperies. When Jessie and Art opened the Possibility Shop, the custom drapery business expanded to flooring, wallpaper, paint, art supplies and custom framing.

After moving the custom framing shop back to Pine Gables, Jessie went to work for the Evanston Senior Citizens as a case manager. She enjoyed working with all the seniors in Evanston and meeting other case managers from across the state. Jessie was instrumental in getting the Adult Day Care opened here in Evanston and in Lyman.

Jessie and Art sold Pine Gables in 1998 and “retired” to enjoy fishing and boating more. Jessie enjoyed camping, fishing with her family until running the bed and breakfast prevented them from being able to take vacations. After Pine Gables was sold, she and Art enjoyed weekends at Flaming Gorge fishing and camping with family again. After Art’s death in 2000, Jessie found she had too much time on her hands so she began working as a social worker at Rocky Mountain Care. She made a couple of trips to Alaska visiting friends and seeing the beauty. Jessie retired again and began to focus on her gardening, reading books, yard sailing, sewing and altering clothes, and expanding her collections of birdhouses, nutcrackers and antiques.

Jessie was a member of Mavis Homemaker’s Club, 4-H club leader, Daughters of the Nile, Eastern Star, was a past Bethel Guardian of Job’s Daughters and a member of the Red Hats Society. She was active with the Hotel Motel Association and the Downtown Renewal Agency and was always interested in increasing tourism and business for Evanston. Jessie was a member of St Paul’s Episcopal Church and always enjoyed the visits with her friends there and when they came to the house. She will be dearly missed by her family and friends.

Services for Jessie are Saturday June 6, 2020, at 2 pm at Evanston City Cemetery with a viewing from noon-2 pm at Crandall’s Funeral Home.