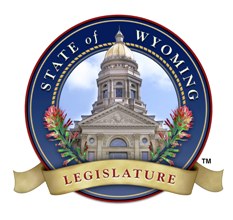 The bill appropriates $3.32 billion, a slight decrease from the previous biennium with nearly 300 fewer state employees. In addition, the proposed budget does not grow the size of state agencies. “We are fortunate for the sound judgment of our predecessors, who worked to control the growth of government over the last four years while developing reserves required to maintain services,” said Senate Appropriations Chairman Eli Bebout, “I believe this budget strikes an appropriate balance between current needs and long term planning.”

The Governor’s budget left $208 million at the discretion of legislators. The JAC’s budget leaves $27.3 million for discretionary appropriations and allocates $173 million into reserve accounts designed to sustain future budgets, principally K-12 education. “Through sound budgeting and disciplined planning Wyoming can make significant investments in our people, our infrastructure and our children,” said House Appropriations Chairman Steve Harshman. “Wyoming consistently ranks as one of the best run states in the nation. This budget reflects Wyoming values of responsibility, community, family and opportunity. There are uncertainties as 75% of our budget is derived from mineral production which is subject to world markets, weather and the regulatory whims of Washington D.C.  However, this budget continues our tradition of prudent planning and a balance among saving, investing and spending.”Highlights from the 2014 Budget Bill include:

Based on the Legislature’s historical practice of establishing reserves to sustain current levels of spending, the budget bill contributes to the growth of the Legislative Stabilization Reserve Account (LSRA), commonly referred to as the “rainy day fund,” while the Permanent Wyoming Mineral Trust Fund (PWMTF) also continues to grow. When Wyoming first established the PWMTF, it was with the goal of planning for the future and anticipating declines in revenue due to an increase in burdensome regulations by the federal government. “The Legislature’s dedicated investment into those permanent funds has allowed us to sustain current levels of spending during difficult times. It’s our responsibility to continue to be forward thinking and build on this smart investment,” said Chairman Bebout.