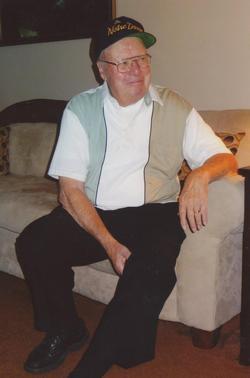 He was born in Winton, Wyoming on March 31, 1927, the son of the late William and Gladys Lowe.

Mr. Rogers attended schools in Reliance, Wyoming. He married Joan Duzik and they later divorced and then married Marilyn Jelosek.

Mr. Rogers served in the United States Army during World War II. He worked for FMC Corporation for twenty-five years.

Mr. Rogers was a member of the Holy Spirit Catholic Community.

His interests included golfing, hunting and spending time with family.

He was preceded in death by his parents, one son Joey Rogers and one sister Donna Collins and brothers-in-law Jack Collins and John Erramouspe.