EVANSTON – The Evanston Lady Red Devils made it interesting late but the Lady Tigers were able to pull away to earn an important conference win, 44-38.

The Lady Tigers attacked the offensive boards and forced turnovers early and were able to take advantage. After a 6-2 Evanston run to open, Emily Quigly and Ky Buell scored to even the game. Buell hit a three towards the end of the first quarter as Rock Springs took a one-point lead after one, 10-9.

Buell started the second like she ended the first with two three pointers. The Lady Devils cut the Lady Tiger lead back to three but a Maggie Justinak three extended the lead. Buell added free throws and Justinak hit another bucket at the buzzer as the Lady Tigers took a 10-point lead at the half, 27-17.

After an Evanston bucket, Quigly and Justinak opened the second half with points as the Lady Tigers jumped up 12 out of the break. Evanston made a small run to pull within six going into the final period. The Lady Red Devils continued to run in the fourth as Rock Springs struggled from the field. Evanston continued to press and with four minutes left took a three-point lead, 37-34. Cudney responded to cut the lead back to one and after forcing a miss, she evened the game with one of two free throws.

Evanston finally broke the tie with a free throw with two minutes left as the Lady Red Devils took a 38-37 lead. Justinak quickly moved the ball up the court and found a wide open Buell for three as the Lady Tigers jumped back up by two with 1:30 left. On the defensive side, the Lady Tigers again came up big shutting down Evanston to get the ball back with 54 seconds. The Lady Devils put Buell on the line who hit both as RSHS jumped up two possessions. Another Evanston missed led to two Justinak free throws that iced the game. 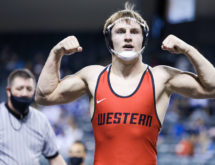 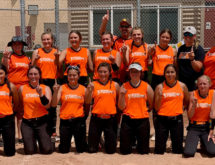 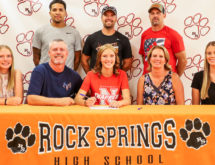