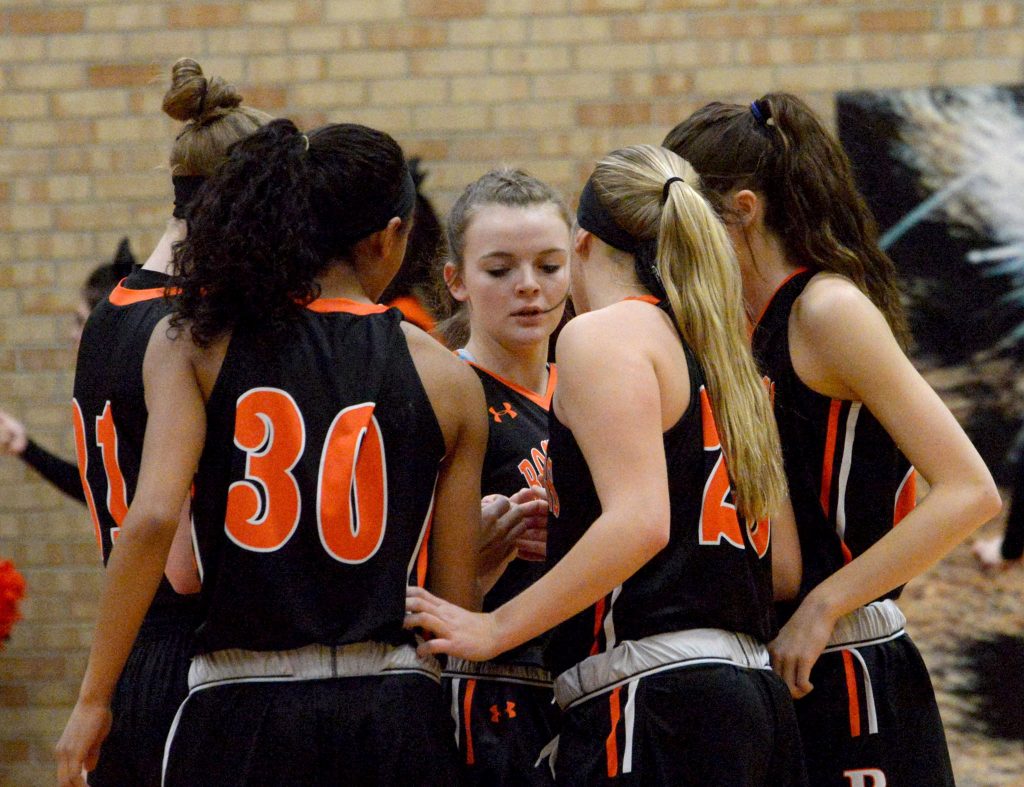 CASPER – The Rock Springs Lady Tigers were able to overcome a slow start with a late push in the fourth quarter but ran out of time in the end as the Laramie Lady Plainsmen pulled the upset, 43-36.

The Lady Tigers only shot 22 percent in the first half but improved to 30 percent for the game. Laramie hit over 30 percent in the first half but the Lady Tigers shut them down in the second as the Lady Plainsmen finished shooting 27 percent for the game. Rock Springs was out-rebounded by 10 and had five more turnovers than the Lady Plainsmen did. Laramie also made six more free throws in the game while shooting nine more than Rock Springs.

Ky Buell finished with 17 to lead the Lady Tigers while Maggie Justinak added 10 points and seven rebounds in the game.

Laramie used turnovers and second-shot opportunities to jump ahead of the Lady Tigers early. Emily Quigley scored the only Rock Springs points in the first quarter as the Lady Tigers fell behind after one, 12-3.

After a Laramie bucket to start the second, Maggie Justinak hit four free throws to cut the Laramie lead down to seven. A Ky Buell steal and pass led to the Lady Tigers first field goal in the second quarter as Rock Springs cut the lead to five. Laramie outscored Rock Springs 7-4 in the final two minutes of the half to take the 21-13 lead at the break. Justinak led the way in the first with six points while Quigley added three.

Laramie opened the third quarter on a 6-1 run to jump up 13, 27-14. Taylor Jenkins added a bucket and Justinak scored as Rock Springs cut the lead back to single digits, 27-18, with three minutes left in the quarter. After a turnover, Buell cut the lead to seven but Laramie responded with two free throws to keep it at nine at the end of the third, 29-20.

After a Laramie free throw, Rock Springs responded with a bucket to cut the lead to eight to start the final quarter. The Lady Tigers had chances to cut into the lead even more but missed several good looks at the basket. Laramie added three points but Buell responded with four as the Lady Tigers were able to continue to chip away at the halfway mark in the fourth.

After the two teams traded points, a Jenkins drive pulled the Lady Tigers to within five with three minutes left, 35-30. Laramie was able to extend the lead and with under two minutes left a Lady Tiger technical foul led to a four-point swing as the Lady Plainsmen went up 39-30 with 1:52 left.

Down but not out, Buell hit a three pointer with 1:16 to pull Rock Springs back to six. After two Laramie free throws, the Lady Tigers were unable to hit. Laramie missed two from the line on the next possession and Buell made them pay with another three to cut the lead to five with 11 seconds, 41-36. Laramie was able to ice the game from the line to take the 43-36 win.

The Lady Tigers will look to get it back as they face a familiar foe on Friday. Rock Springs will play Evanston at 10:30 a.m. 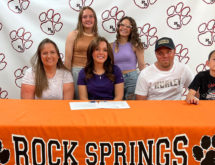