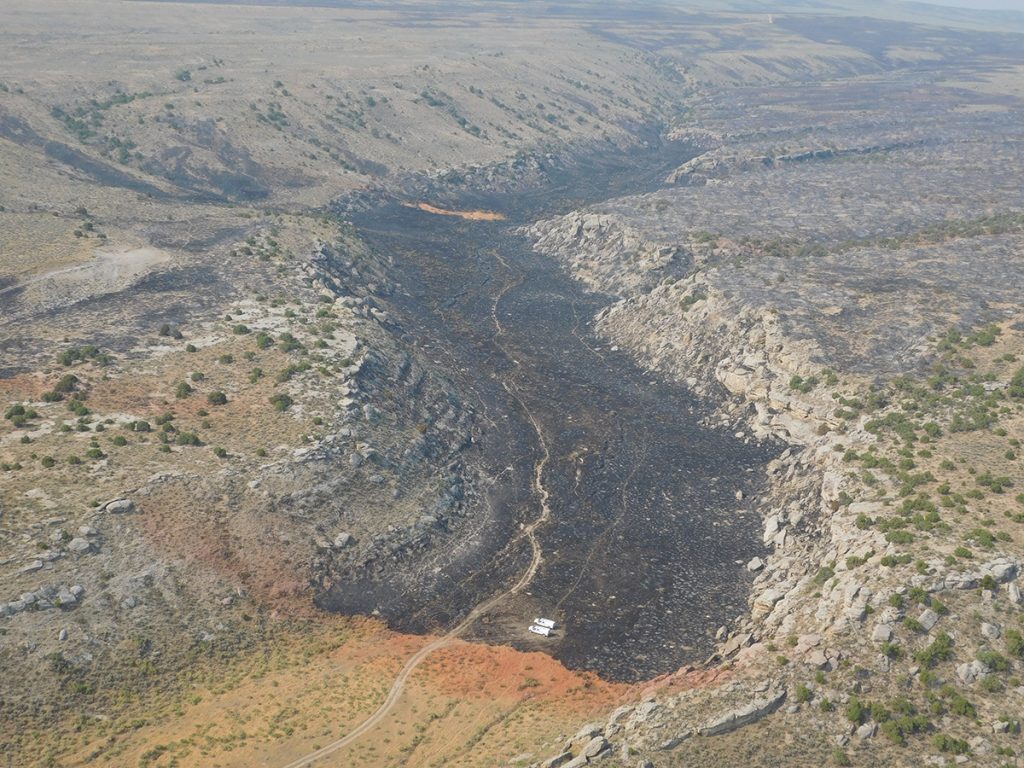 A recon flight, to familiarize the new Type 4 Incident Command Team with the fire, is scheduled for this morning.

The recon flight will also keep a lookout for any hotspots for ground crews to address.

The only areas of the fire considered not contained are in steep difficult terrain.

Fire crews have not seen any indication of significant fire activity even though gusty winds have been present throughout the fire area.

The BLM manages more than 245 million acres of public land located primarily in 12 Western states, including Alaska. The BLM also administers 700 million acres of sub-surface mineral estate throughout the nation. The agency’s mission is to sustain the health, diversity, and productivity of America’s public lands for the use and enjoyment of present and future generations. Diverse activities authorized on these lands generated $75 billion in sales of goods and services throughout the American economy in fiscal year 2016—more than any other agency in the Department of the Interior. These activities supported more than 372,000 jobs.