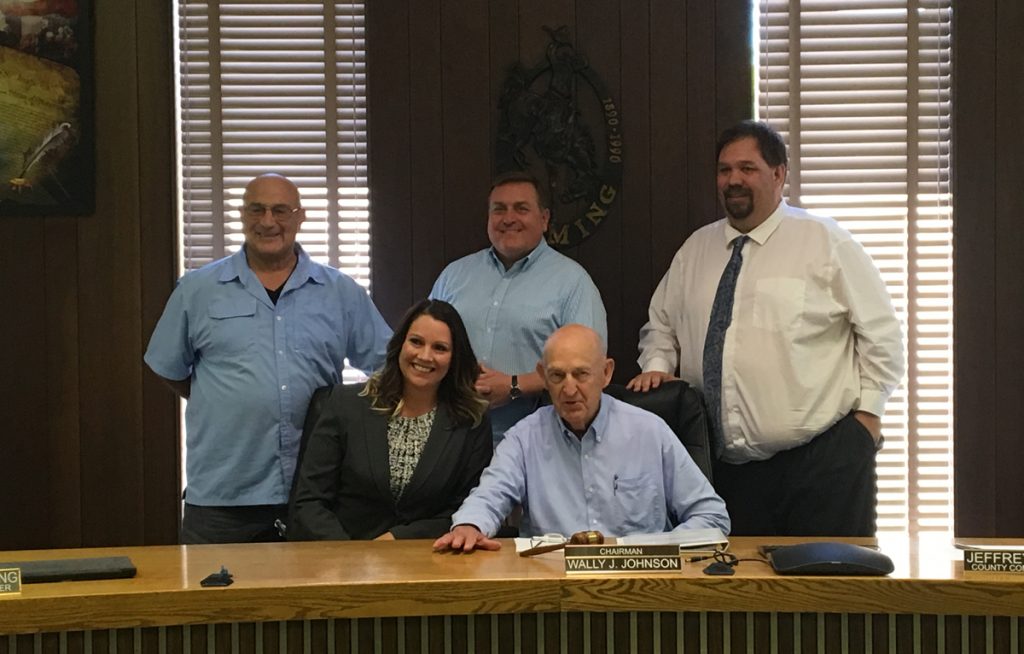 SWEETWATER COUNTY– At the Sweetwater County Board of Commissioners special meeting today, the commissioners voted 3-1 for Lauren Schoenfeld to fill the vacancy, which was left from the passing of Don Van Matre in May.

Last week at the board’s regularly scheduled meeting on June 18, the commissioners were split between Schoenfeld and Richards. Wendling and Smith favored Schoenfeld while Johnson and Lloyd put their support toward Richards.

“I compliment the community for their efforts and time,” Wendling said.

After listening to the community and thinking about the candidates, Wendling and Smith felt confident in continuing their support for Schoenfeld.

Chairman Johnson still felt Richards would be the best fit for the job, and noted that the Sweetwater County Central Republican Committee voted in overwhelming support of Richards.

“When the Central Committee of the Republican Party got together, those people who were there at that meeting represented all republicans in Sweetwater County,” Johnson said, explaining his support for Richards.

Commissioner Lloyd said he believes both candidates would bring strengths to the commission and would benefit the board in different ways.

He said that at the last meeting, he felt bringing a more conservative voice to the commission would be a positive, however, “after time and consideration, and really listening to the public,” he said he felt he needed to support Schoenfeld.

Schoenfeld will work with the county to get a swearing in ceremony set up before her first commissioner meeting next Tuesday, July 2.

She appreciated the way the commissioners handled this process of filling the vacancy, allowing for plenty of public input.

“They opened the door to allow the community to speak out. They took this very seriously and did their due diligence,” Schoenfeld said.

Schoenfeld plans to listen to the community and address concerns and needs as they arise.

She also plans to learn as much as she can as soon as possible so she can step into the job and be efficient. Her number one priority as a commissioner is to address and look at economic development.