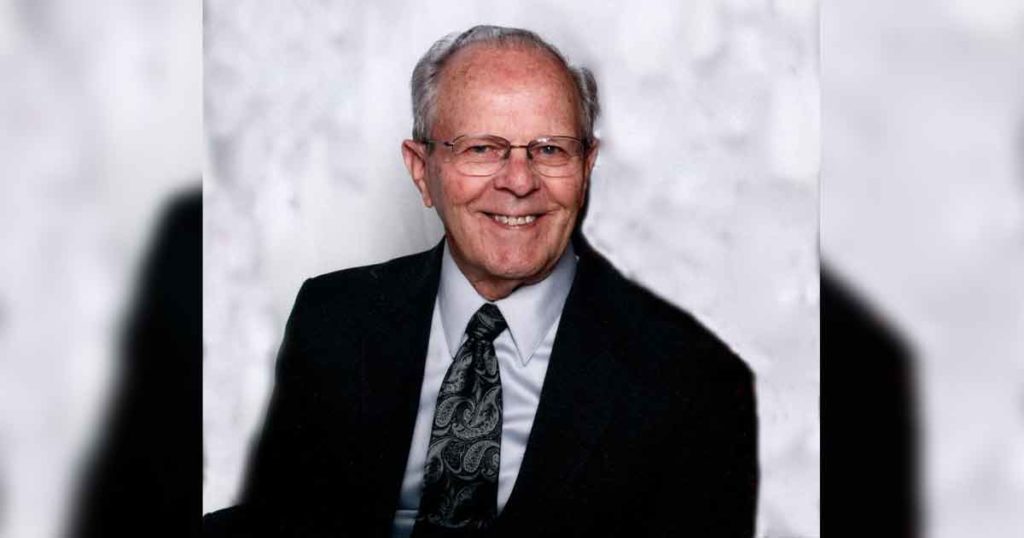 Lawrence Tony Pivic, 92, passed away Tuesday, April 20, 2021, at his son’s residence in Rock Springs, Wyoming, following a brief illness. He was a lifelong resident of Rock Springs.

He was a member of Holy Spirit Catholic Community.

Lawrence owned and operated Pivic Insurance for 45 years until his retirement in 1993.

He was a member of Rock Springs Elk Lodge #624, Fraternal Order of Eagles Aerie 151, and was a City Council Member for 12 years.

He was preceded in death by his parents, wife, four brothers, five sisters, one daughter-in-law, Mona Pivic; and one granddaughter, Breanna Hymas.

A Mass of Christian Burial will be conducted at 11 a.m. Tuesday, April 27, 2021, at Saints Cyril and Methodius Catholic Church, 633 Bridger Ave. Rock Springs, Wyoming. A Vigil service with Rosary will be recited at 5 p.m. Monday, April 26, 2021, at the church. Military honors, graveside services and interment will be in Rock Springs Municipal Cemetery.