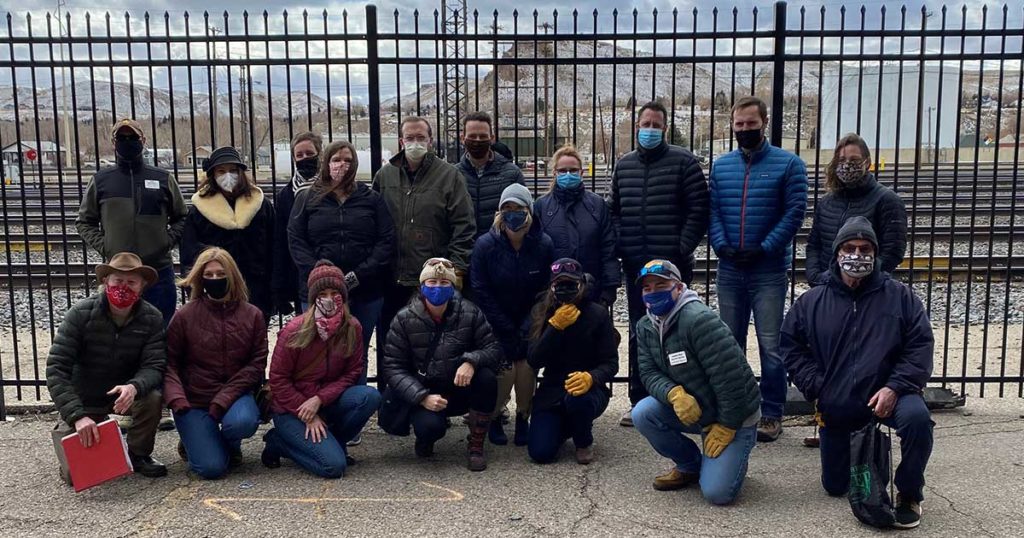 The group on the front side of the old Union Pacific Depot. Dave Mead, with the Sweetwater County Museum is in the front row first left, while on the far right, front row, is Mayor Pete Rust. Photo courtesy of Steve Core

GREEN RIVER — The Leadership Wyoming class of 2021 is spending three days in Sweetwater County as part of their class work as the group looks forward to a May graduation.

The group is in Rock Springs for manufacturing and technology and had a chance to spend two hours in Green River touring the old Union Pacific Depot and also the Tomahawk Hotel.

Green River Mayor Pete Rust welcomed the group with a history lesson of Green River and the downtown area.

Leadership Wyoming started in 2000 and has had over 800 graduates including several from Green River and Rock Springs. The group’s mission is Inspiring Wyoming Leaders through Exploration and Connection.

Southwest Wyoming members of the class include Justin Sax from Green River, Hedi Rubich from Rock Springs, and Brian Gary from Pinedale.