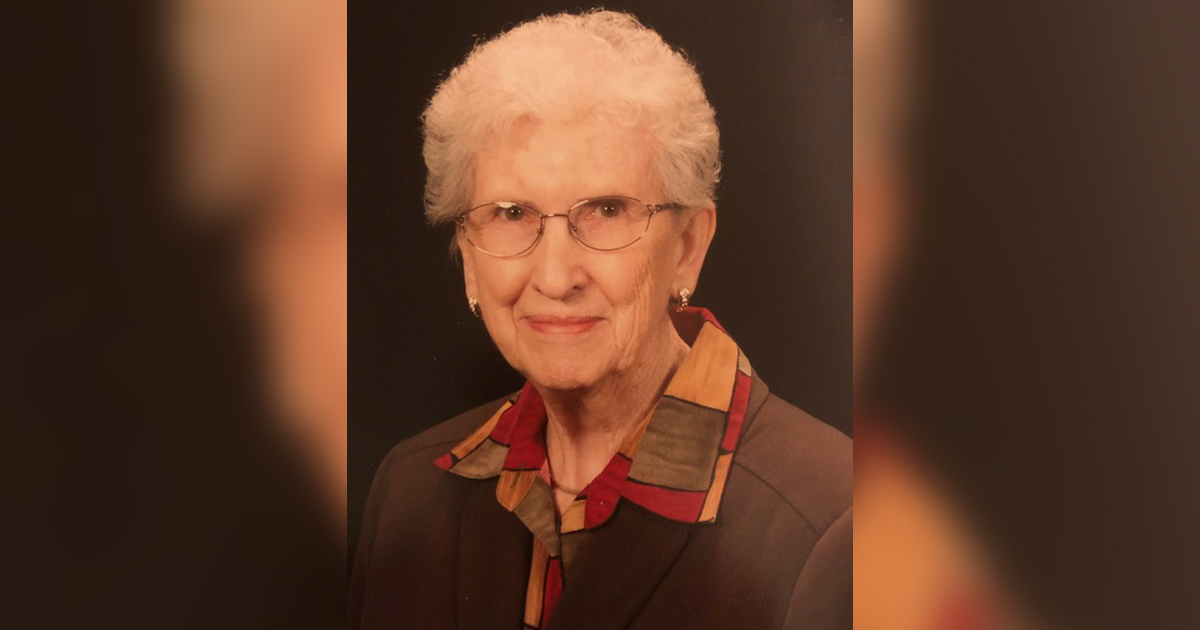 Lillian was born on December 25, 1925 to Matt and Louise (Luzan) Leskovec in Rock Springs, Wyoming.  Lillian grew up in Rock Springs where she graduated from Rock Springs High School. She later attended classes at the University of Wyoming in Laramie.

She loved school and especially loved to read.Lillian met James Zancanella shortly after he returned from serving in the Navy in World War II.  They were married in 1947 and celebrated 72 years of marriage in August of this year.

Lillian and Jim moved to Laramie, Wyoming shortly after they were married. They lived in Laramie for almost 50 years and made many friends.  She was employed by the law firm Pence and Millett and later became a successful real estate broker.  She and Jim were active in the University of Wyoming community where Jim was employed as a professor.

They moved to Salt Lake City in 2004 to be near family. Lillian and Jim had three children, Paul, Don, and Jean. Lillian’s greatest joy was her family.  She was an expert homemaker; adventurous cook, and talented seamstress. She was always there to encourage and cheer her family to success. She attended basketball games, musical performances, dog shows, and school plays, celebrating her children’s successes and propping them up in defeat.

Lillian was a talented musician and while she was in high school became organist for Saints Cyril and Methodius Catholic Church (Holy Spirit Parish) in Rock Springs. She loved singing in the choir and played the piano to accompany various musical groups throughout her life. Her family and friends always loved to hear her play.

A favorite thing was hearing her play the Beer Barrel Polka, which she did with great enthusiasm. She also loved to dance the polka and would even dance with her walker long after she was unable to stand independently.

She took pride in her Slovenian heritage and kept in touch with relatives in Slovenia for much of her life. Her family adored her holiday potica. Lillian was a devoted Catholic and served her church throughout her life. She was a member of St. Paul’s Newman Center Parish in Laramie, Wyoming where she was a Trustee.

She also served on Wyoming’s State Board of Catholic Social Services, and on the Boards of Interfaith/Good Samaritan Organization and Senior Center in Laramie. After moving to Salt Lake City, she attended St. Ann’s Catholic Church, where she made many new friends. Lillian was a member of PEO Chapters E in Laramie and X in Salt Lake City.

She is preceded in death by her parents, Matt and Louise Leskovec and sister Elsie-Louise.

Funeral services will be conducted at 12:00 P.M. Tuesday, November 12, 2019 at Saints Cyril & Methodius Catholic Church, 633 Bridger Avenue, Rock Springs, Wyoming. Interment will be in the Rock Springs Municipal Cemetery. Friends may call at the church one hour prior to services.