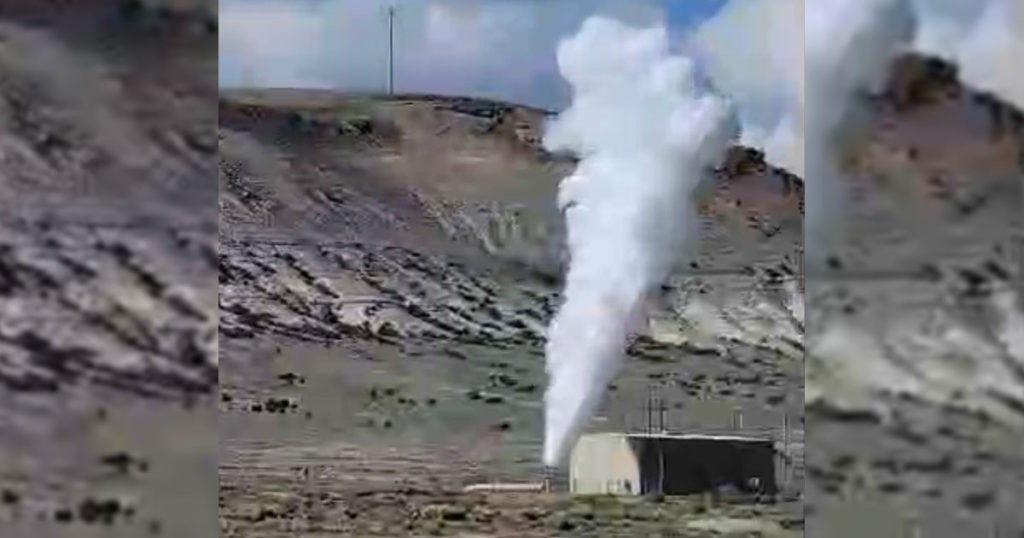 SWEETWATER COUNTY — At around 4:50 pm on Monday, May 23, the Green River Fire Department (GRFD), along with Castle Rock Ambulance and Sweetwater County Sheriff’s Office, were dispatched to mile marker 95 on Interstate 80 for a report of natural gas burst in the area.

Upon arrival, GRFD Co Chief Bill Robinson, with a Sweetwater County Deputy and assistance from a Bureau of Land Management officer on scene, quickly diverted traffic to the furthest lane so that complete assessment of the situation could be done. GRFD Rescue Engine lead by Captain JP Apostolope took position of safety to protect everyone on scene.

After assessment, Robinson determined that Wyoming State troopers were to be dispatched to the area to begin shutting down the highway and further safety cautions could be determined. The Joint Combined Communications Center (JCCC) determined the owners of the building and were able to place the proper people in touch with Robinson and the deputy on scene. It was then determined the blow off was due to improper pressure of CO2 that was built up in the line and not that of natural gas.

After speaking to the company that owned the line, they were able to dispatch workers from Rangely, Colorado, and it was determined the highway did not need to be shut down.

“Although it was an inconvenience for travelers and those trying to get home, when dealing with the unknown, as we first responders, police department, EMS, state troopers, find ourselves doing all the time, we always yield to the side of caution,” Robinson said. “Although it is an inconvenience, public safety is our top priority.”

The highway was restored to normal traffic and the scene was cleared shortly after.

The GRFD would like to send out a special thanks to Sweetwater County Sheriffs Department, Castle Rock Ambulance,  BLM, Wyoming State Troopers, the JCCC, and the quick response from the gas companies that showed up to help out and make it a safe outcome.