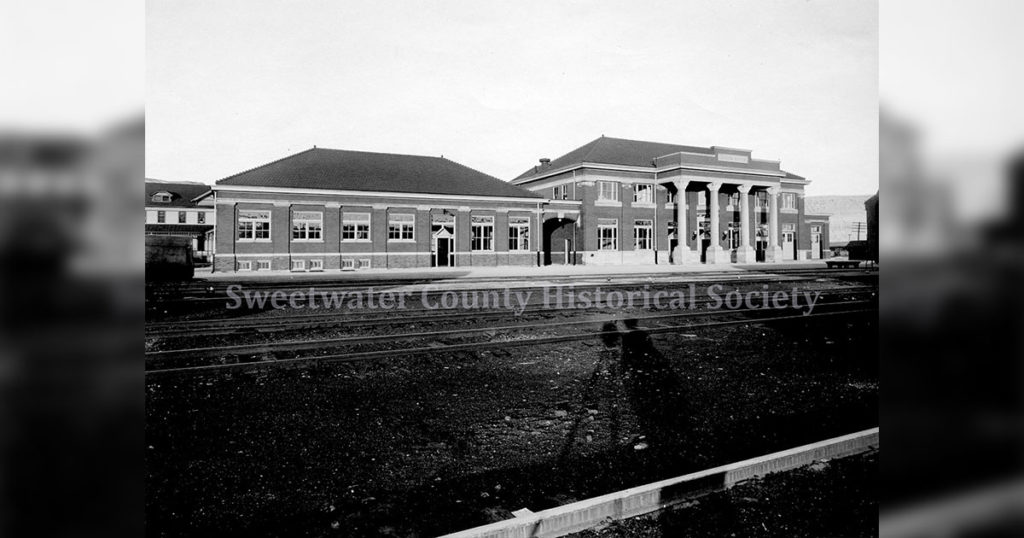 SWEETWATER COUNTY — A Sweetwater County historian received special recognition Saturday for her article about the history of the Green River railroad passenger depot.​

At the Wyoming State Historical Society’s annual conference at the Museum of the Mountain Man in Pinedale, Brie Blasi, director of the Sweetwater County Historical Museum in Green River, received the Society’s First Place Non-Fiction Publication Award for her article “The Green River Passenger Depot: A Symbol of Community and Prosperity.”​

Beginning around 1904, the citizens of Green River began pressuring the Union Pacific Railroad for construction of a new, up-to-date passenger depot for the town. In April of 1909, a petition sent to the U.P. calling for a new depot succeeded, and within two months Mayor Hugo Gaensslen received word that the railroad had approved construction, which was completed in 1910.

The new depot was huge and second in size in Wyoming only to the depot in Cheyenne. As described in Blasi’s article, “The impressive redbrick building consisted of three wings, the central wing being two stories tall and fronted by a 40-foot-long colonnade and arched entranceways. Inside, the building offered both travelers and locals a variety of services including a dining room, a café, separate men’s and women’s waiting rooms, bathrooms, ticket office, baggage rooms, and various offices for employees and passenger services.”

The now 109-year-old depot saw a number of modifications over the years and remains one of Green River’s most iconic buildings.​

“The Green River Passenger Depot” can be found in Volume IV of Echoes From the Bluffs, a collection of local history articles published by the Green River Historic Preservation Commission. Echoes from the Bluffs is available at the Sweetwater County Historical Museum and on Amazon.

The Wyoming State Historical Society was founded in 1953. As described in its mission statement, the Society is a “non-profit membership driven organization [that] encourages the study of Wyoming history.  We believe to study the past is to understand the present and prepare for the future.” The Society’s website can be found at https://wyshs.org/ ; its encyclopedic Wyoming history website, WyoHistory.org, is online at https://www.wyohistory.org/.​

Since 1990, the Museum of the Mountain Man in Pinedale has been “preserving and interpreting the history of the Rocky Mountain fur trade.” For more information, visit its website at https://museumofthemountainman.com/.​

The Sweetwater County Historical Museum is located at 3 E. Flaming Gorge Way in Green River. The museum is currently operating under summer hours, Monday through Saturday, 10:00 AM to 6:00 PM. Admission is free.​