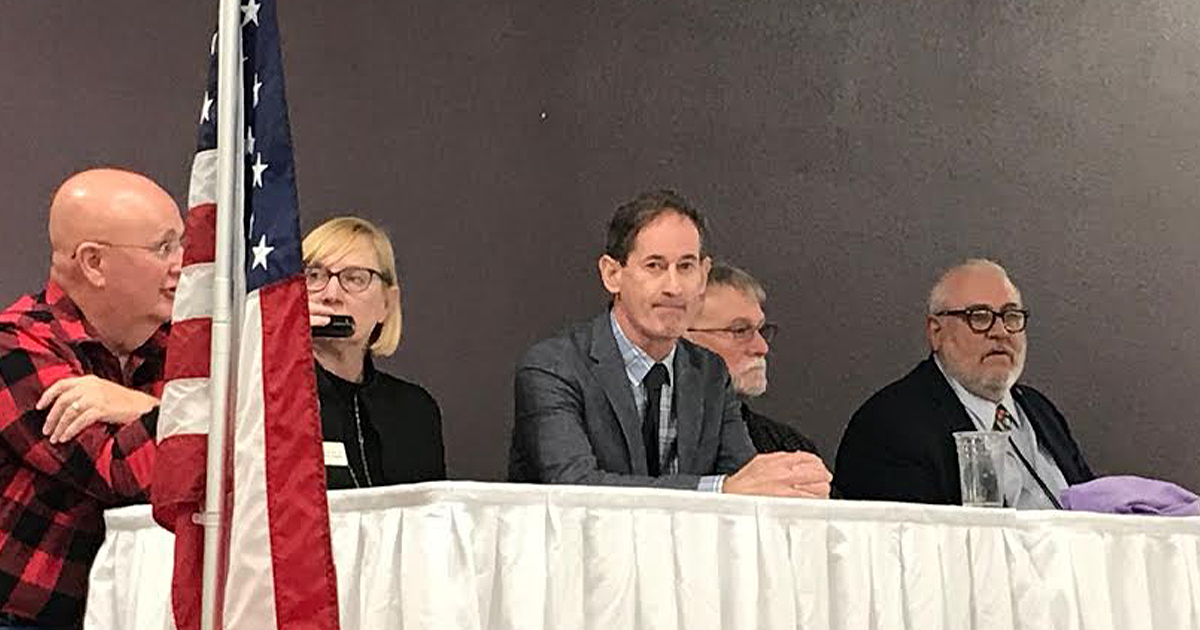 With the Wyoming Legislative session quickly approaching, the Rock Springs Chamber of Commerce hosted local legislators at its monthly luncheon.

During the 2018 Legislative Budget Session, SF89 appropriated $105 million for local government direct distributions, which was split into two payments fiscal year 2019 and 2020. Half was provided in August and the other half in January.

Rep. Freeman said don’t count on the $105 million. He said anytime the budget needs to be cut, this item is looked at.

Sen. Baldwin said a bill coming to the legislature this year looks at allowing municipalities to allow for a local tax. It would give more local control over the funding.

According to wyoleg.gov, “The bill would authorize the implementation of an optional municipal sales and use tax, subject to certain restrictions. The bill authorizes counties to have an election to make permanent a portion of the general purpose sales and use tax. The bill also reduces the number of municipalities who are required to hold a vote to continue certain optional taxes and increases the amount of time required between elections for those optional taxes.”

“This allows them to participate more in their own destinies,” Baldwin said.

Rep. Stith thought this bill might have a chance of moving through the Legislature this session because it’s not mandatory for municipalities, but an option for them.

Freeman said when the model was made there were not School Resources Officers or elementary school counselors. Most Wyoming schools have those now to address safety and behavioral issues.

“We lost our ability to attract teachers,” Freeman said.

Stith said the school district provides services that are reimbursable through Medicaid. Wyoming is seventh in the nation for educational spending and one way the school districts could benefit is to get behind the $18 million Medicaid can provide.

Anselmi-Dalton said it will cost Wyoming $10 million and the state will get $90 million back. This money would help those who are using the emergency room as a doctor’s office.

“It’s just a matter of getting federal funding,” she said.

Stith said other states have encountered unintended consequences. For example: for every 10 who go on Medicaid, six drop insurance.

Freeman said he has waffled on this issue in the past, until he had a medical issue which landed him in the hospital for 10 days. The bills were over $220,000 and he decided to stop looking at them. He said Wyoming is one of the highest in country for healthcare costs.