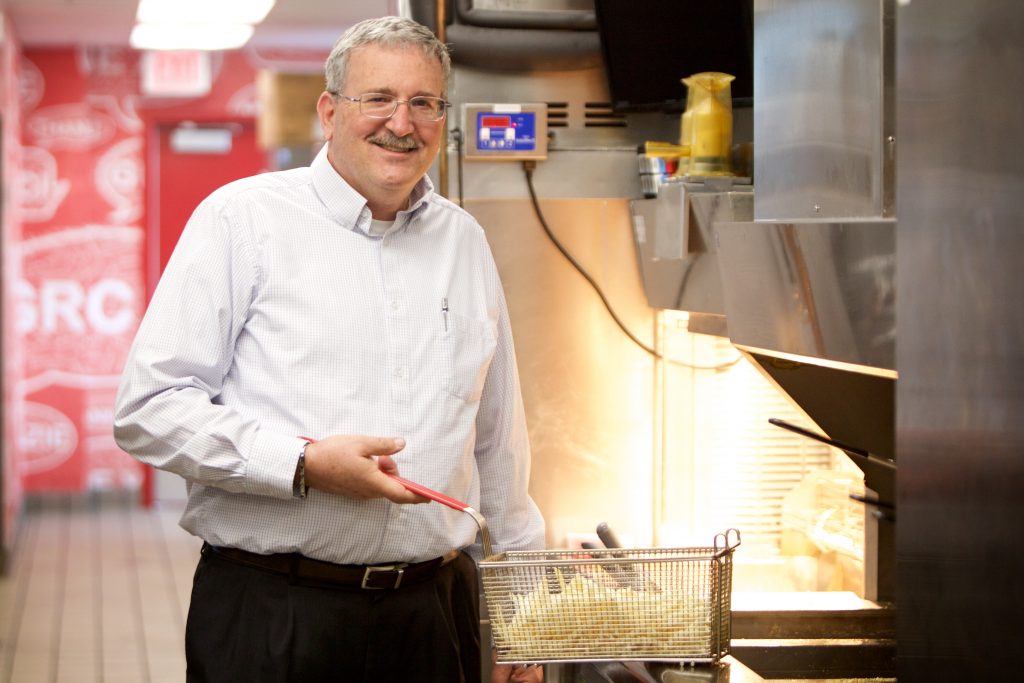 ROCK SPRINGS — It’s a story that has all the ingredients of the American Dream, and it’s as classic as a hamburger. Old-fashioned hard work, goal-setting, and working one’s way up from the bottom rung to a top position.

It’s not a story one hears a lot, but it’s Greg Bailey’s story.

The owner of three McDonald’s restaurants here in Sweetwater County started off 45 years ago as a poor college student working the grill. It was 1973 and he was attending the University of Arizona in Tucson.

“I went to the McDonald’s by the university and got hired on as a crew member. I worked in the kitchen area. Back then, the guys worked in the back and the girls were in the front,” said Bailey. He made $1.60 an hour.

But 18-year-old Bailey didn’t flip hamburgers for long. He wanted to learn to work the front counter as well and he started asking to learn.

“It took about five months until they finally moved me up to the counter,” he said. Just one month later, McDonald’s asked him to be a shift manager. Bailey agreed, working around his college schedule for a few years.

Working His Way Up

During the summers, Bailey said, McDonald’s would use him and abuse him as a roving manager, taking the place of various managers while they went on vacation at four different locations.

Some unexpected turns in life had Bailey dropping out of college to make ends meet because he was suddenly on his own, fending for himself. Just six months after that, 21-year-old Bailey was promoted to store manager. A few years after that, he was promoted again to be supervisor of the four-restaurant franchise.

“I put my name in the hat along with all the other store managers who were probably in their 40s. But I was 24 years old and I’m the one that got the position,” said Bailey. Now he was overseeing four different restaurants.

Putting His Goal on Paper

Fast forward a few years of supervising groups of McDonald’s in Arizona and Colorado, keeping tabs on up to 10 restaurants at a time, and Bailey had a goal. He wanted to be a franchise owner, known as an owner/operator, by the time he was 40 years old.

“My goal was always to become an owner/operator. My wife encouraged me to put my goals down on paper, not to just say I have a goal,” he said.

And so he started the long process to become one, starting with a four-hour interview.

“I didn’t have a lot of money at the time, so I was going to have to do it on a lease basis,” he said. But they didn’t make it easy. There were levels of development training and new assignments. “You would do one thing and then they would put another obstacle in your way and then another one. They want to see how resilient you are.

But then his stick-to-it-iveness paid off again.

The Long Road to Success

Bailey was required to train his replacement and was approved to become an owner/operator in 1995, but then he still needed to land a restaurant.

He was invited to pitch for a restaurant in Burlington, Colo., a town of 2,000 with a movie theater that opened on Fridays and Saturdays. He lost out on that location because a more established owner/operator got it.

He was invited to pitch for a restaurant in Winter Park, Colo., way up in snow country. He lost out on that one too–to another owner/operator with established restaurants.

At this point, he started talking to the regional manager and asked a polite, diplomatic version of “What the actual heck?”

The established owners have a huge advantage over you, said the regional manager, but if you’re patient I’ll have a place. That place ended up being in Rock Springs.

That regional manager, who Bailey later found out had rather kept Bailey’s name a secret from others who might have given him a shot, had him in mind for an opportunity in Rock Springs.  Bailey didn’t even have to pitch for it.
.

It was 1996 and he was 40 years old when he finally landed his restaurant. He’d reached his goal.

“We bought the restaurant. The bank lent me a boatload of money to buy the Sunset location. This location was 20 years old when I bought it in 1996,” said Bailey. They put in new equipment and an indoor play area right off the bat.

From the Ground Up

It’s been 22 years since Bailey first came here and now he considers Rock Springs his home.

How he feels his ground-up approach has helped him as a manager?

“You learn working from the ground level up. Any job that the crew person does, you need to make sure you’ve done it yourself so you’re not asking your crew people to do something you wouldn’t do. It’s really about people. I sell hamburgers, but I’m really in the people business,” he said.

Bailey now gives back by being active on several boards and charity organizations, such as the Ronald McDonald House in Salt Lake City. He also donated a large walk-in freezer to the Sweetwater County Food Bank in Rock Springs.

“When we remodeled [the Sunset] restaurant, I had a freezer that was extra and the food bank was saying they didn’t have the ability to store anything,” he said. “I hope it’s been useful to them.”

McDonald’s is still a great place to work. “McDonalds, for most people, should be your best first job. It can teach you the work ethics, how to be on time, how to work with people, to follow direction, to take direction, and to interact with people,” he said.

He said for some it’s still a great career too. He said he owes a lot to the company.

“I’ve been very successful at it, but if it said Greg’s Burgers on there, it wouldn’t be as successful as McDonald’s. It’s consistent wherever you are,” said Bailey. “I don’t mind giving back because I have been blessed.” 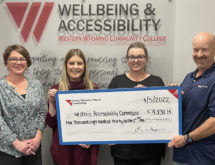 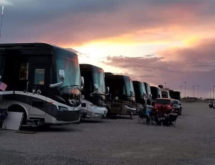