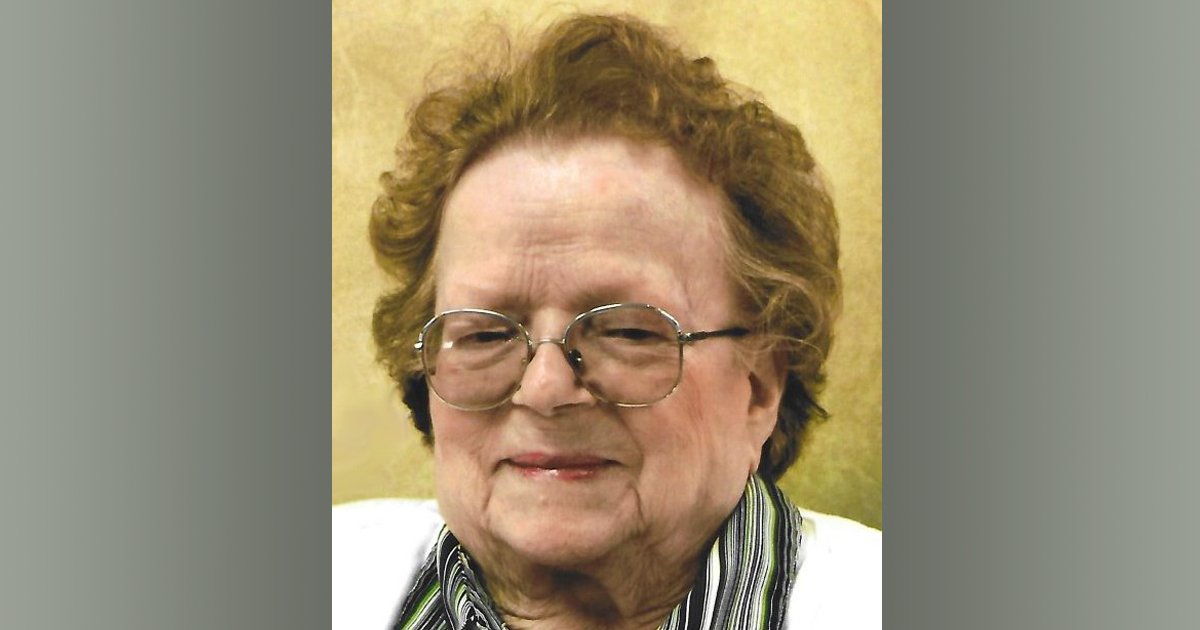 She was born July 25, 1926 in Spring Valley, WY, the daughter of Oral Dean Elder and Bertha Ethel Cook Elder. She attended schools in Granger, WY, and graduated from Granger High School with the class of 1943. She also attended the University of Wyoming.

She was an active member in The Church of Jesus Christ of Latter-day Saints. She enjoyed serving many callings in her church.
Mary loved reading, crocheting and her family. She was employed by the railroad during WWII and received the honored distinction as “Rosie the Rivetor”.

Funeral services will be held at 11:00 am Tuesday, June 11, 2019 at The Church of Jesus Christ of Latter-day Saints Chapel, 304 W WY Hwy 235 in LaBarge, WY. A viewing will be held one hour prior to the services at the church. Interment will take place in the Viola Cemetery, LaBarge, WY.