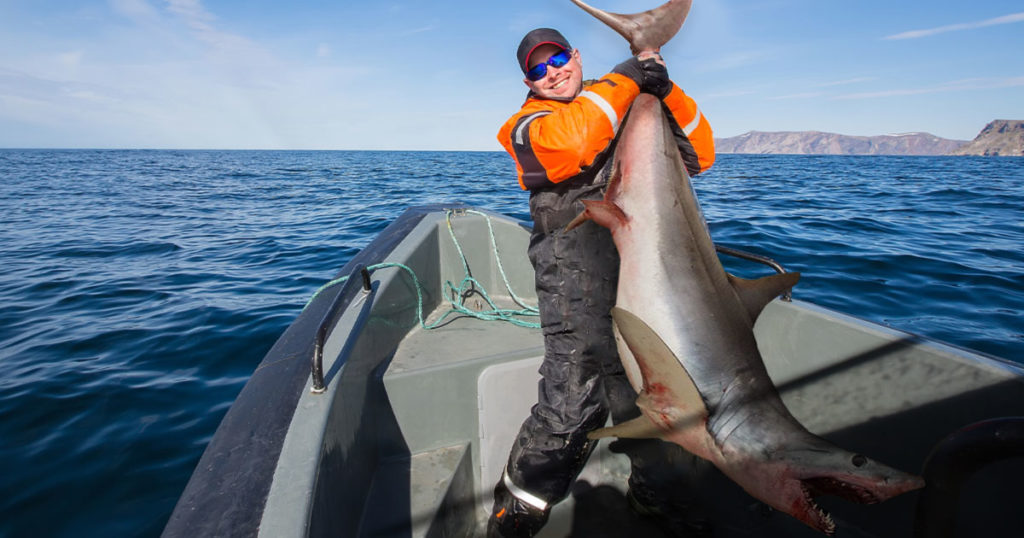 Local fisherman, Frank Abril Tanto sent us this photo yesterday afternoon. Tanto was trolling for lake trout at the Flaming Gorge Reservoir when he ended up catching more than he bargained for.

While reeling in the shark, he thought for sure he had broken the current lake trout record, which is 53-pound, 15-ounce.

Tanto ended up breaking another record entirely by catching the first-ever shark in the Flaming Gorge.

I just kept reeling and reeling and finally, he was close enough to the boat that I could tell he wasn’t a Lake Trout. So, I just sent it and kept on reeling. We netted the big guy, and BOOM there was a shark on my boat. IT. WAS. WILD.

Regional Fish Biologists are unsure of how the shark ended up in the reservoir and are currently investigating the odd situation. Pending the investigation, the Wyoming Game and Fish may consider releasing more of the sharks into the Flaming Gorge to help control the Burbot population.

In other news, Governor Mark Gordon has also signed an executive order to “cancel” Wyoming Wind.