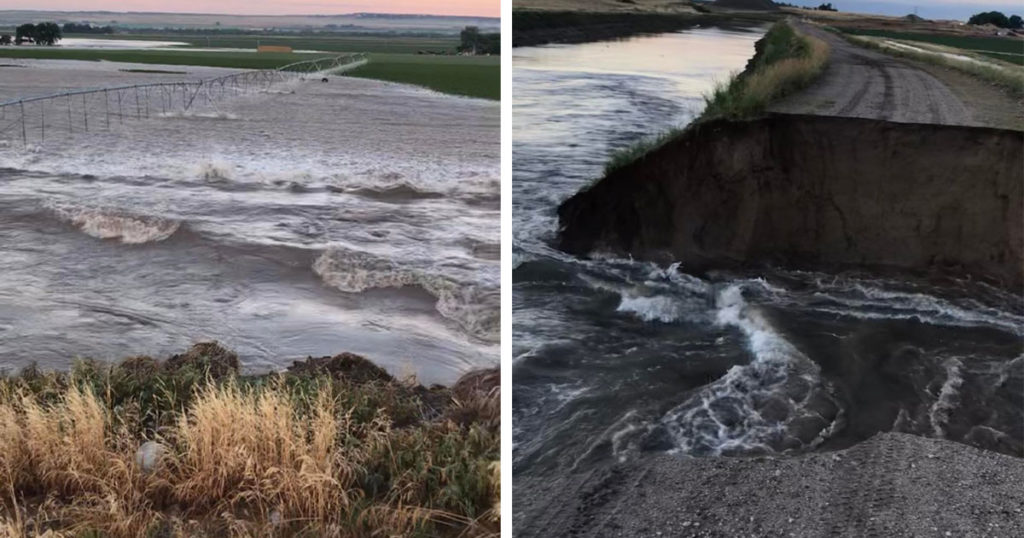 The Interstate Canal was breached earlier today but it's not been determined how much damage has been caused by the flood in Goshen County. (Photo courtesy of KGOS/KERM radio Facebook page)

LINGLE — Wyoming Governor Mark Gordon has mobilized the Wyoming National Guard and multiple state agencies to provide assistance to the residents of Lingle and Goshen County in response to flooding that is occurring as a result of a breach in the Interstate Canal north of Lingle.

“I want to thank our state agencies for their quick response to this concerning situation and I praise them for their hard work and dedication to help minimize the impact on our citizens and communities there,” Gordon said. “Thanks to the quick and competent response from our state agencies, including the Wyoming Office of Homeland Security and the State Engineer’s Office, we were able to rapidly respond to the situation.”

At Gordon’s request, Secretary of State Buchanan is on the ground to survey the scope of the damage and to ascertain what resources are needed to help Goshen County citizens. Buchanan reports that residents are working together to sandbag the canal.

“As I have said many times before, I am proud of our Wyoming people who do what they do best—helping neighbors,” Gordon said.

The Governor’s office has been in contact with Governor Ricketts of Nebraska, as the majority of the water in the canal flows to Nebraska.

After Goshen County Commissioners issued an emergency declaration, Gordon activated the Wyoming National Guard to place 1,000-pound sandbags in the breach. The Laramie County Fire Authority assisted the State by transporting the sandbags to the site of the canal breach.

Staff from the Wyoming Office of Homeland Security, the State Engineer’s Office and county officials immediately traveled to the site to assess the situation. The Wyoming Public Service Commission is working with utilities. Water was promptly diverted from the canal at the Whalen Diversion Dam and parts of Lingle were evacuated.

Early estimates determined that water levels would begin receding around 2 p.m. this afternoon. However, water is expected to continue flowing for the next twelve hours, as the canal was full prior to diversion. 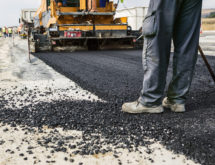 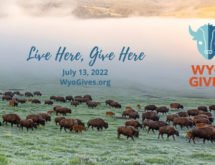 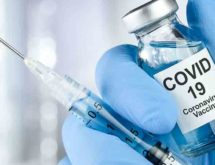 COVID-19 Cases on the Rise Across Wyoming