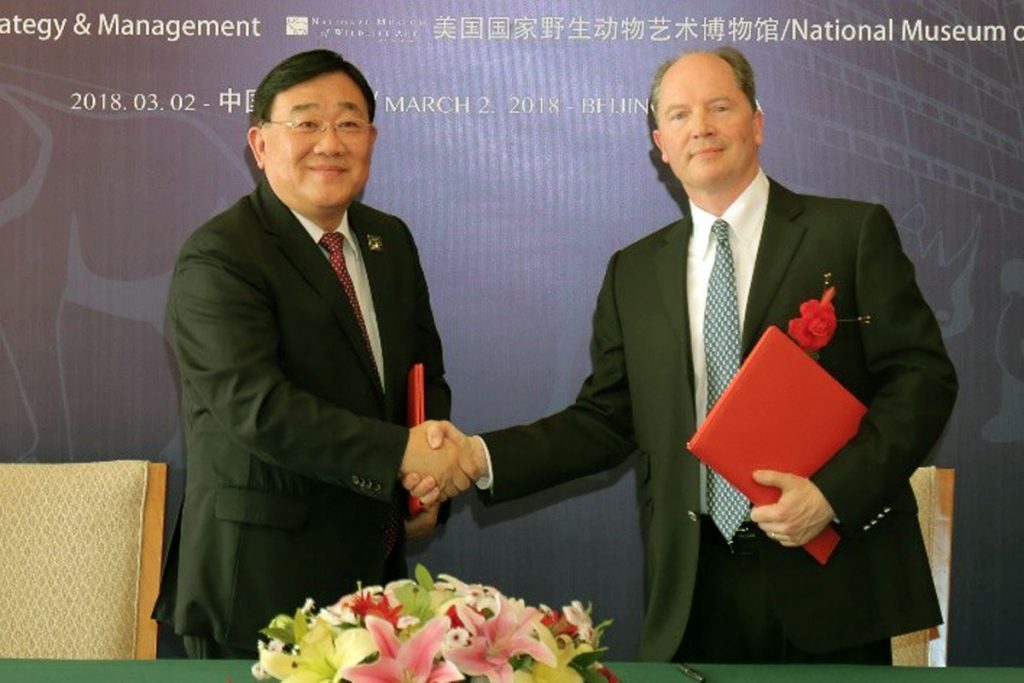 JACKSON — The National Museum of Wildlife Art is excited to announce an international collaboration with The China Institute for Strategy and Management (CISM). The collaboration centers on an exhibit and the future development of a wildlife-art focused museum in China.

The proposed exhibit will feature wildlife and wilderness art representing areas around the globe. It is scheduled to be on display in Beijing, October 2019 – December 2019.

“One of the Museum’s strategic missions is to enhance the visibility of our collection, and we look forward to working with Chairman Yu to achieve this in China,” said Museum Board Chairman Scott Kirkpatrick.

This international relationship began in 2013 at the 10th World Wilderness Congress (WILD10), in Salamanca, Spain, where the Museum’s Petersen Curator of Art & Research, Adam Harris gave a presentation about the Museum’s mission to explore humanity’s relationship with nature. The World Wilderness Congress, organized by the Wild Foundation in Boulder, Colorado, brings together people from many disciplines to address the current state of wilderness conservation. The arts have always been an important part of each gathering. At WILD10, Harris expressed an interest in contributing more for WILD11, and has been in contact with Vance Martin, President of the Wild Foundation, ever since.

“This is a huge step for the National Museum of Wildlife Art in spreading its mission internationally,” says Museum Director, Steve Seamons. “After Beijing, we hope to travel artwork to Shanghai in 2020 and also venues in Australia.”

“We will be sending over a range of paintings and sculptures that demonstrate the history of wildlife art in both America and Europe,” said Harris.

WILD11 will be held in Beijing, China, and the CISM has been helping the Wild Foundation organize the conference. Discussions between the Museum, CISM, and the Wild Foundation have resulted in a letter of agreement between CISM and the Museum to collaborate on an exhibition to coincide with WILD11, as well as a continuing relationship as China plans its own museum dedicated to the art of wildlife and nature.

“We are excited that part of the collaborative agreement includes being a resource for information on any aspect of the museum field, including art, education, marketing, or even the financial and facility

The papers were signed during an official ceremony on March 2, 2018, at the Diaoyutai State Building in Beijing. Museum board Chairman Scott Kirkpatrick signed with Mr. Yu yan fei, Executive Vice Secretary- General of the China Institute for Strategy and Management.

Thanks to Jackson Hole Mayor Pete Muldoon, and Jackson Hole Center for Global Affairs officiants, who were also in attendance for the ceremonial signing. 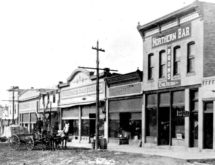 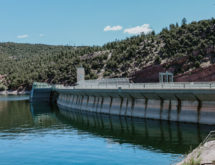