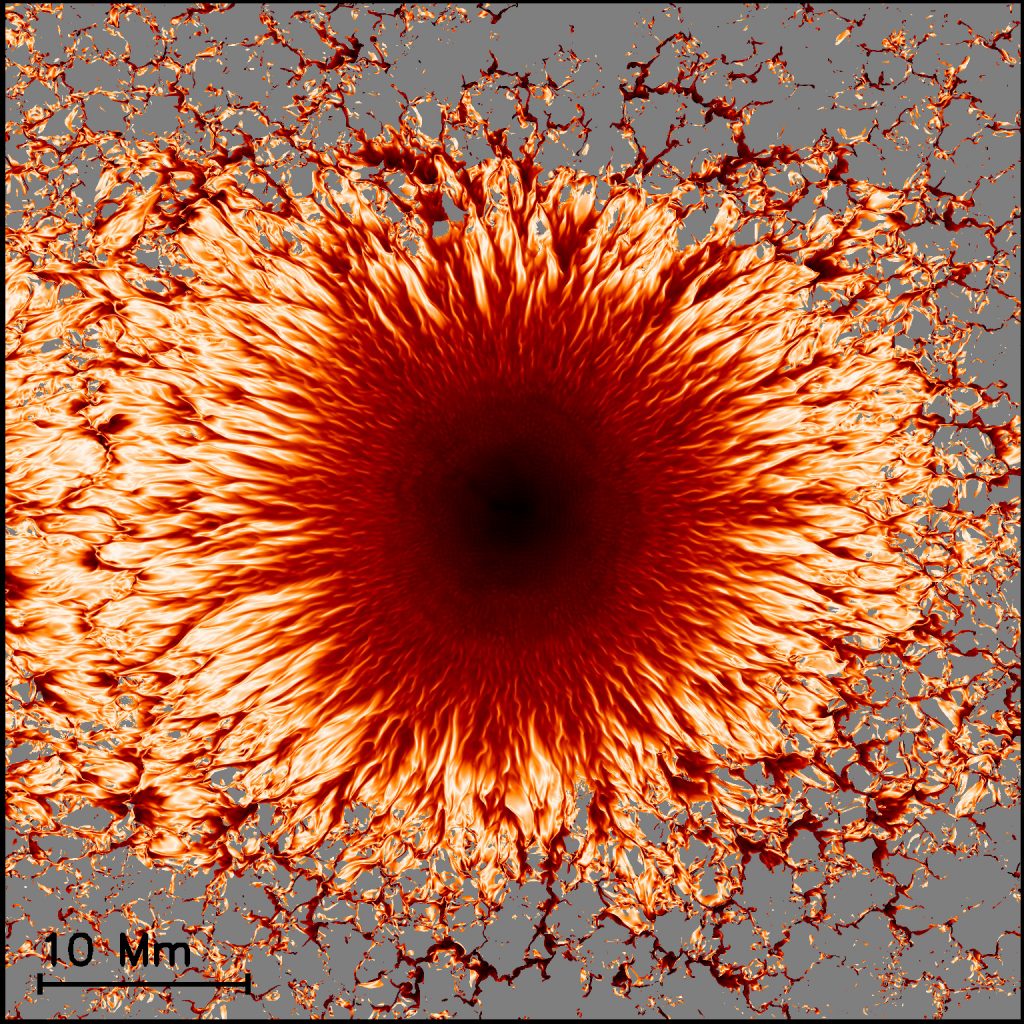 WYOMING — Scientists at the National Center for Atmospheric Research (NCAR) plan to use the total eclipse on Aug. 21 to comprehensively measure, for the first time, the infrared radiation streaming out from the Sun’s corona. The results could help researchers better understand the structure and evolution of the Sun’s mysterious and chaotic magnetic fields.

When the moon slides directly between the Earth and the Sun, turning day to twilight for a few precious minutes across a swath of the United States, NCAR scientists will point specialized instruments — mounted onboard a research aircraft as well as deployed on the ground — directly at the Sun. With the blinding light from the Sun’s face temporarily blocked, the instruments can characterize how certain wavelengths of infrared radiation are affected by the Sun’s magnetic fields.

“The Sun has never been properly surveyed in the infrared,” said NCAR scientist Phil Judge, who is leading NCAR’s research effort. “So the Aug. 21 eclipse offers us an almost ideal opportunity to observe something entirely new.”

NCAR will use the August 2017 total solar eclipse to comprehensively measure, for the first time, the infrared radiation streaming out from the Sun’s corona. (The pre-2017 eclipse image shown here is courtesy NASA).

NCAR will be using four instruments to study the Sun during the eclipse: two spectrometers that measure emissions of infrared radiation and two cameras that will image light in the near infrared and visible spectrums. The images from the cameras will provide valuable reference data that the scientists can use to benchmark their infrared measurements.

The experiments are a few among many being funded by the National Science Foundation and NASA to allow scientists in the United States to take advantage of the solar eclipse to expand their understanding of the Sun.

Chasing the Eclipse in the sky

The Airborne Infrared Spectrometer (AIR-Spec), built by colleagues at Harvard, will observe the eclipse from onboard the NSF/NCAR Gulfstream-V (G-V) research aircraft.

The G-V will start its flight in southeast Missouri and then position itself to chase the eclipse at more than 500 miles per hour across southwestern Kentucky before landing in Tennessee. The flight will stretch the amount of time the eclipse would be visible from 2 minutes and 40 seconds for someone on the ground in Kentucky to about 4 minutes.

“The airplane gets the instrument above the clouds and the weather,” Judge said. “It also gets it above the water vapor in the atmosphere, which can be a problem for observing in the infrared spectrum.”

But mounting an astronomical instrument that must be aimed very precisely on an airplane, which can bounce around as it travels through turbulent air, is also a challenge. For this experiment, Harvard doctoral student Jenna Samra has led the construction of a stabilizing pointing platform, which will be useful long after the eclipse is over because it will allow a wide range of telescopes to be used onboard the G-V in the future.

In preparation for observing the eclipse, the research team has flown practice flights, chasing the moon on occasions when it travels across the sky on the same trajectory as it will during the eclipse.

“This is a one-shot deal. If you get it wrong, you don’t get another opportunity for years,” Judge said. “So we have worked to be as prepared as possible.”

Observing the Eclipse from the ground

Before the G-V lifts off in Missouri, NCAR scientists under the eclipse path in Wyoming will also be attempting to observe the Sun’s corona. Scientists plan to drive three instruments from Boulder, Colorado, north to Casper Mountain in Wyoming.

Like the AIR-Spec instrument flying on the G-V, the spectrometer on the ground is designed to observe light in the infrared spectrum, and scientists hope the measurements will complement and validate those taken in the air.

The spectrometer, originally built by NCAR scientist Jim Hannigan as a prototype for another scientific mission, is being repurposed to study the eclipse. Researchers have spent months tuning the instrument to optimize its ability to capture the faint infrared emissions coming from the solar corona.

“We know the instrument works, fundamentally — it acquires a signal in the infrared,” said NCAR engineer Scott Sewell. “But will it be sensitive enough to measure what we think are probably pretty small emission lines from the Sun? That’s the question. We have explored different amplifying materials, and we plan to test it on the Moon, but we’ll have to wait until Aug. 21 to know for sure.”

The two cameras are a thermal infrared camera on loan from the FLIR Corporation and a PolarCam from 4D Corporation that captures wavelengths of light visible to the human eye. The images, taken at  the same place and time as the measurements from the infrared spectrometer, will provide a reference dataset to put the infrared findings in context.

If the NCAR measurements of infrared light reveal important clues about the structure of the Sun’s magnetic fields, the experiments could help build a case for funding the construction of a coronagraph that can measure infrared emissions.

Coronagraphs are telescopes that essentially create permanent eclipses by blocking the Sun’s face with an artificial disk. While there are coronagraphs installed across the globe, including at NCAR’s Mauna Loa Solar Observatory in Hawaii, none currently measure emissions in the far infrared.

“The eclipse allows you — through a quirk of nature — to study for a brief period that far, far piece of infrared,” said Scott McIntosh, director of NCAR’s High Altitude Observatory. “If the results are interesting, it could justify the expense of building a dedicated coronagraph.”