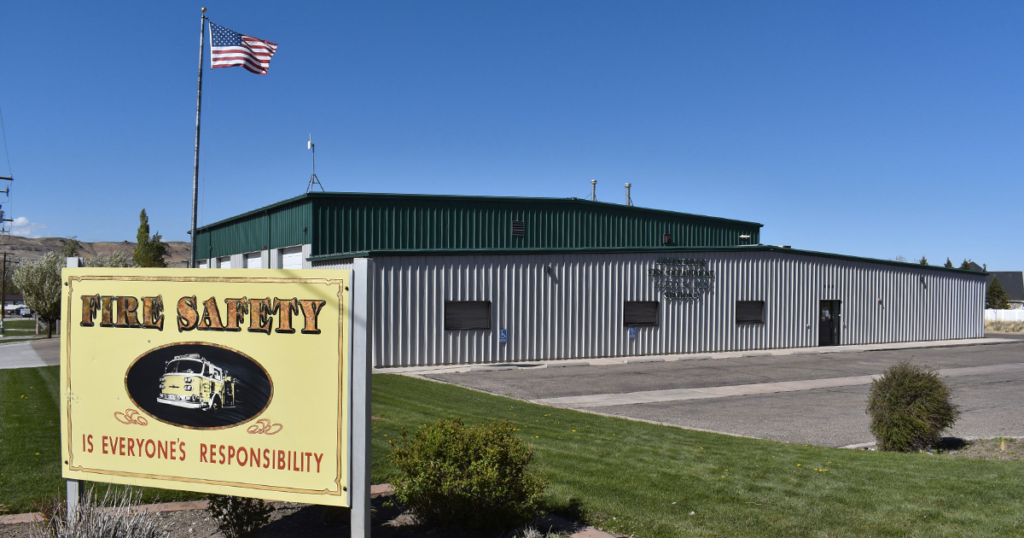 GREEN RIVER — A major fire was averted Saturday afternoon in Green River thanks to a smoke alarm and quick action from a neighbor.

Green River Assistant Fire Chief, Larry Erdmann, says the fire department was called at 1:43 pm Saturday after a resident of the apartment complex at 370 Upland Way alerted authorities of a fire alarm going off in a nearby apartment.

Erdmann says the caller could also smell smoke and upon arrival, no smoke or flames could be
seen by firefighters. Erdmann says occupants who were outside said that there were flames
visible from under the door on the third floor of the complex. He says firefighters found the door
locked and no one at home.

After a forced entry, Erdmann says they found a table that had all the contents on fire. The fire
was contained to the area of origin. He says the fire was found by the other residents of the
apartment complex who heard the smoke alarm in addition to smelling smoke.

Erdmann says they interviewed the occupant of the apartment who admitted to have lit a candle
that was too close to combustible materials. Fire crews were at the scene for over an hour and
that department responded with 2 engines and 18 firefighters.

As a reminder to all citizens, Erdmann says make sure your smoke alarms are operational and
when lighting candles, ensure they are in a safe place.