ROCK SPRINGS – Once a thriving central location for residents of Rock Springs, the historic downtown is starting a return to its glory days. While the Rock Springs Historical Museum has been the highlight of a downtown tour, it is now rivaled by the Broadway Theater. Recently progress got another shot in the arm with Chad Banks being named the new director of the Urban Renewal Agency.

Banks is no stranger to the URA or the debates and challenges of the downtown area. He is currently a member of the city council and has been on and off since 2002. After the URA was formed in 2006, Banks was placed on the URA Board and has continued to be involved in one way or another.

“I want to bring a new enthusiasm and new energy,” Banks said.

Not only has he been involved with the city and URA, Banks has also worked at the Sweetwater Events Complex since 1999. He believes the experience he has from working at the complex will be useful in his new role. Banks explained the events complex and the URA both rely heavily on volunteers. He continued, saying he knows how to organize volunteers as well as helping to recruit volunteers who have a passion for the cause.

Banks said his experience will be beneficial because the software both organizations use for marketing is similar, and because of the community connections he has.

One thing which is a little different now is Banks will not only be leading the way for the URA, he will also be in charge of the Broadway Theater. Banks said he really doesn’t believe this will add challenges because it “fits really well” with the URA’s goals.

Banks said there are a lot of private events happening at the theater now but added there definitely needs to be more public events at the Broadway. He specifically pointed to looking at adding events around the holidays at Christmas and Halloween.

He also said he would like to work closer with local concert associations, groups, BOCES and other performing and art groups to give them a venue to showcase their talents.

While he is ready to start a new challenge, he is also very aware of saying goodbye to past ones. As for the council, Banks probably will not get a chance to miss them as they still be working very closely together.

“They are a great group of people who all have the city’s best interest at heart,” Banks said about the members of the city government.

Saying goodbye to the Sweetwater Events Complex will be a little bit harder for him. Banks said he has spent so much time at the complex and has been part of so many positive things there.

“I’ve been here a long time and I’m going to miss being a part of it,” Banks explained.

Overall, Banks has a very personal reason for taking on the position and the historic downtown. Banks grew up in the Rock Springs and reminisced about shopping at J.C. Penny’s, Woolworths and the Union Merc as a kid. He wants to bring the vitality and the sense of community back to the historic area. 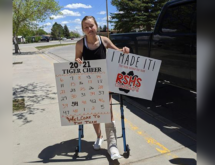 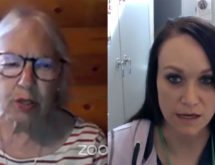