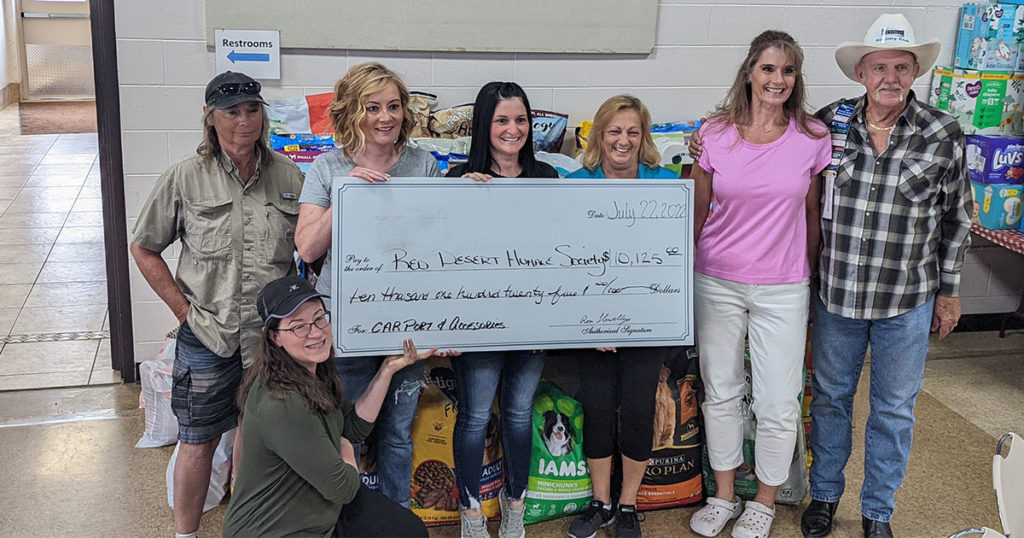 Representatives from the Newmar Kountry Klub worked closely with both the Food Bank of Sweetwater County as well as the Red Desert Humane Society to gather donations and raise money. In total, rally attendees raised over almost $8,000 in cash for the food bank alongside donations of food, personal items, and nearly five thousand diapers.

The Red Desert Humane Society received 587 pounds of dog food, 118 pounds of cat food, toys, cleaning supplies, and over $10,000 in cash. On top of these efforts, nearly three hundred stuffed animals were donated to first responders.

All of us at the Sweetwater Events Complex are blown away and humbled by the work rally attendees put in for the community. We encourage everyone to keep this spirit of generosity alive and give back to the community however you can – whether it be donating goods or donating your time.