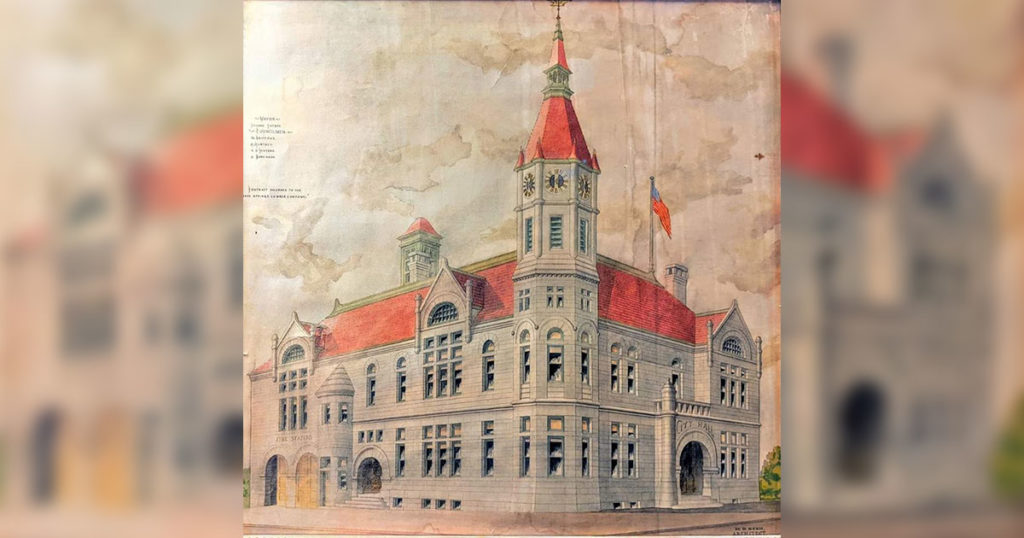 The building which now houses the Rock Springs City Museum was constructed in 1894-1895 to be a combination city hall/police station/fire station, but at a cost which some city officials at the time felt was exorbitant and unwarranted.

At the Rock Springs Town Council meeting of May 25, 1896, newly elected Mayor George H. Goble declared, “I might properly at this time call attention to the handsome building we are occupying this evening. It is probably the finest city hall that any town of this size has in the United States It is a monument to the progressive spirit of the people of this community and will be a cause for regret for the tax payers: Erected at a cost of about $32,000 with a bonded indebtedness of $25,000, upon which there is annually $1,440 in interest to be paid during the next twenty-five years [i.e. through 1921], also about $100 per month expected to maintain the building and no returns.”

Goble continued. “It is not necessary for me to say what this building will cost the people of this community…What I intended to say is this, that if possible I would suggest that this building be used or rented and if necessary the city furnish the second floor as reasonably as possible, and get returns from the building sufficient to maintain the current expenses.” (Rock Springs Miner, 5/25/96)

Naturally, a $32,000 construction cost may not seem all that much today for a two-story public building. However, consider that according to “Inflation Calculator”, the 2020 equivalent amount would be just over $954,000. If that still doesn’t seem like an exorbitant amount for a building the size of the 1894 City Hall, consider that in 1894 the population of Rock Springs was only about 3,500 people, with of course many of them being too young to pay taxes..

Good Feeling About The Future

The new City Hall was built at a time when Rock Springs’ future looked bright and secure. “When Rock Springs became a city in 1888 there was an air of good feeling and optimism…Rock Springs was a town on the rise” (Archeological Services, Western Wyoming College, January 1989, p. 32). Given this upswing in Rock Springs’ prospects for the future, with the community having endured for two decades by 1888, community leaders and citizens felt it was time to build more substantial and permanent town structures.

According to a Rock Springs Miner article dated July 5, 1894, one James L. Skedd was chosen as the superintendent of construction for the new town hall. Foundation work began in early July 1894. A city council appropriation of $25,000 was felt (incorrectly, as it turned out) to be sufficient funding for the construction of the new city hall. The first floor of the building was completed by August 1, 1894, according to the Archeological Services article (p. 33).

However, construction did not flow evenly, and there were complaints from some citizens that the construction work was not proceeding swiftly enough.

The Rock Springs Miner, in an August 9, 1894 article, sought to counter some of this criticism: “The seemingly slow progress of the work may be attributed solely to the conscientious determination of the contractors to do only perfect building.”

The building design, in Richardsonian Romanesque, was the work of one M.D. Kern of Salt Lake City. Masonry work was subcontracted out to the Rock Springs firm of Roy and Company. The building rested on a foundation of a fourteen-foot wall constructed with gray sandstone that was quarried from a location just over two miles outside of Rock Springs.

The façade rose some 32 feet and originally had a tower that rose 92 feet high (Historical Overview of the city of Rock Springs, Wyoming; Rosenberg Historical Consultants/Robert G. Rosenberg, August 1989, p. 18).

Once the new city hall was completed in 1895, though, it served as a central location for all city services. The building functioned as a police station, a fire station, and the city jail. City officials included August Sandberg, marshal; William H. Mellor, “police justice”; and Joseph Iredale, fire chief. One misconception about the city hall is that outlaw Butch Cassidy was a prisoner there on one occasion. However, there is no record of the famous outlaw ever being incarcerated there.

The type of prisoners which the early city jail housed were more of the common sort. The Rock Springs Miner, in its September 12, 1914 edition, noted that two gentlemen named Blaz Notar and John Jemc (sic), motivated by too much liquor, got into a fight with one of them attacking the other with a hand saw. “Quarrel results from too much war talk,” the story headline read, as Messrs.

Notar and Jemc apparently got into a dispute regarding the extent to which the United States should get involved with the war in Europe which had recently broken out. Both men were arrested and fined $10.

The first fire-fighting motorized vehicle that the Rock Springs Fire Department obtained came in 1916 when a LaFrance engine was purchased, current City Fire Chief Jim Wamsley said.Prior to that, horse power was used to haul the fire-fighting equipment and men to the scene of the action.

Visitors to the Rock Springs Museum today can still see grooves in the concrete flooring where the fire house section of the 1894 building used to be (where the garage door is).

“The grooves were there to give the horses better traction when they started out,” Wamsley explained.

Prior to completion of the new 1894 city hall and fire station, the Rock Springs Fire Department equipment was housed in a 10 x 10 foot building located at Fifth and K Streets, according to The History of the Rock Springs Fire Department by Mary Washam (date unlisted). In 1892 fire boxes were installed around town so that firemen could have an idea where the conflagration was located. A mine whistle alerted firemen if there was a fire at the No. One mine.

The 1894 City Hall contained a stable which was used to house the two horses, named Dutch and Mac, who pulled the firefighting equipment (Washam, p.1)..

Prior to 1892, the mine whistle had been used to alert volunteer firemen that there was a fire somewhere within the environs of Rock Springs, and it was up to the firemen to guess where the fire might be, hopefully with some telltale smoke being visible. Likewise, it was hoped that the firemen could figure out where the fire was before there was loss of life and total destruction of property,

In addition to its regular functions, right from the beginning the 1894 structure served as a centerpiece of the Rock Springs community and a natural gathering spot for public events.

Amidst the patriotism of the Spanish-American War, on May 19, 1898 the Miner reported, “The members of the Grand Army of the Republic (i.e. Civil War Union Army veterans) invite the citizens of Rock Springs and all the societies and organizations of the town to participate in the fitting celebration of Decoration Day (the original name for Memorial Day), Monday, May 30, 1898. The procession will form on South Front Street at 9:30 a.m. and march from thence to the cemetery, where decoration of graves will take place. Services will be held in the City Hall immediately upon return to town…”

The old City Hall continued to be a natural gathering spot for patriotic celebrations, including a massive party and parade following the signing of the World War I Armistice. People were convinced (incorrectly) that there would never be another war of that magnitude.

Up until the early 1980s the current city museum building continued to be used as a police station and the City Hall, until the current facility on D Street was constructed.

Connecting With Our Past

If the walls of the old City Hall/Rock Springs Historical Museum could talk, “what a story they would tell”. The old City Hall is a direct connection with the life, culture and troubles of another era, Old West troubles which may seem quaint in comparison with today:

A February 21, 1895, ad in the Miner sought contact with anyone who had information about local stage coach robberies. An April 16, 1896 article in the Miner described a cattle rustling episode. A December 10, 1896 article told of the problems that sheepmen were having with disappearing livestock. The old City Hall saw the beginning and end of the aforementioned Spanish-American War (April-August 1898). A July 11, 1898 article described the recent robberies committed by Butch Cassidy.

When the 1894 Rock Springs Museum building celebrates its bicentennial in 2094, what further stories could it tell of its times? The coronavirus of 2020, no doubt. Hopefully no more major wars for the building to serve as a focal point for victory celebrations.

The 1894 museum building will likely outlive everyone currently alive and residing in Rock Springs, even the very youngest. Perhaps some reporter in 2094 will describe the 1894 old City Hall as a reminder of the late 19th, 20th and early 21st centuries, “a simpler time”, possibly? 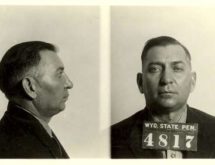 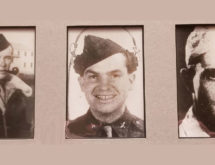