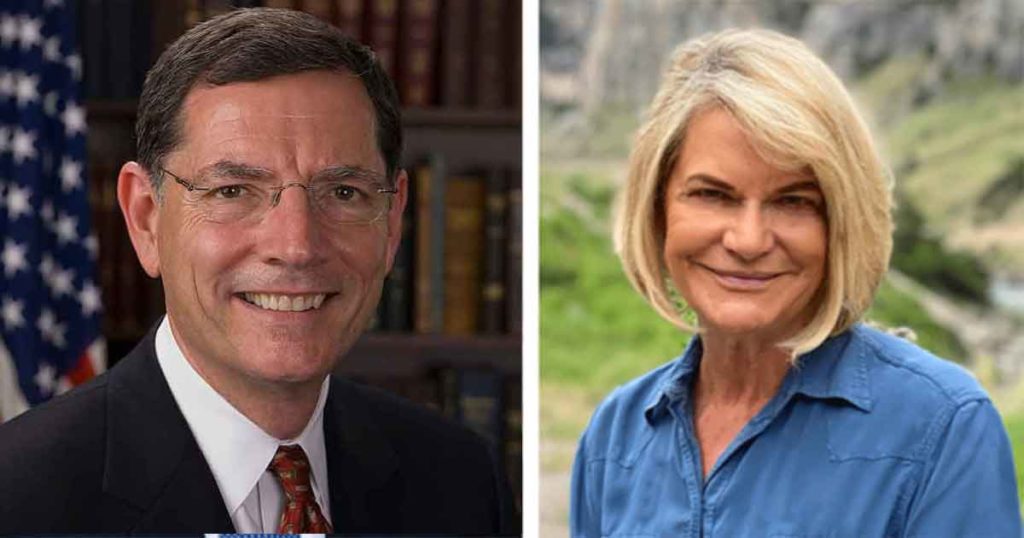 As we come to the end of Women’s History Month, it is a perfect time for people in Wyoming to stop and reflect on our state’s unique contributions to that history. More than any other state in the Union, Wyoming has made historic breakthroughs for women’s rights. Time and again, we’ve shown that we’re more than the “Cowboy State,” we’re also the “Equality State.”

When Wyoming became a state, we made not just American history but world history by codifying that women deserved equal access to the ballot. Wyoming recognized full voting rights for women in our state constitution – the first constitution in the nation to do so.

Wyoming recognized women’s right to vote even before achieving statehood. On December 10, 1869, the Wyoming Territory passed a law that women have the right to vote and to hold public office. We still commemorate this event every year as Wyoming Day.

A year later, Wyoming made history again. In February, Esther Hobart Morris became America’s first female justice of the peace, and weeks later Eliza Stewart became the first American woman to serve on a jury. That same year, Wyoming’s Mary Atkinson became the first female court bailiff in American history. These women shifted the paradigm for the justice system in Wyoming, and set the standard for Wyoming moving forward.

Most famously, however, in September 1870, Louisa Ann Swain of Laramie became the first woman in American history to vote in a general election. This vote was the shot heard around the world, though it would be another 50 years before the United States granted full suffrage for women. Her legacy is enshrined in the Louisa Swain Foundation which exists to promote and preserve the concepts of democracy, human rights, suffrage, justice, community, courage, and strength of character.

Wyoming has a special place in women’s history not just because of our consistent commitment to equality, but because of the achievements of Wyoming women.

Just four years after Wyoming became a state, we elected Estelle Reel to serve as state superintendent of education, one of the first women in the nation to hold statewide elected office. She was such a success that there was even a movement to nominate her for governor at a time when women could not vote in most states. One year later, she became the first woman ever confirmed by the United States Senate when she became the national superintendent of Indian schools.

In 1920, when America was finally ratifying the 19th Amendment, the people of Jackson, Wyoming were electing an all-woman city government—another first in American history.

Just five years later, Wyoming elected America’s first woman governor, Governor Nellie Tayloe Ross. The people of Wyoming elected her as governor to fill the seat of her husband, Governor William Ross, who had died in office. She later served five terms as the first female director of the United States Mint, becoming the highest-ranking woman in the federal government at the time.

Women in Wyoming were a force to be reckoned with. These women ensured their successors would have a seat at the table. Wyoming women continue to make history today. Just last year, Senator Cynthia Lummis became the first female United States Senator in Wyoming history.

Of course, Wyoming women have also made history outside of politics and government, as well. Grace Hebard founded the University of Wyoming library. In the early 1920s, one of America’s most prominent authors was Caroline Lockhart of Cody, Wyoming.

The list of groundbreaking Wyoming women goes on and on, and it continues to grow all the time. The people of Wyoming should be proud of the unique role that our state has played in the effort for women’s rights in our nation, as well as the accomplishments of women here in Wyoming. Our mothers, sisters, and daughters embody the very essence of the Code of the West and the cowboy (or cowgirl) way of life.

As we celebrate women’s history month, let us honor all the trailblazing women who continue to step up and lead in communities across the “Equality State.”