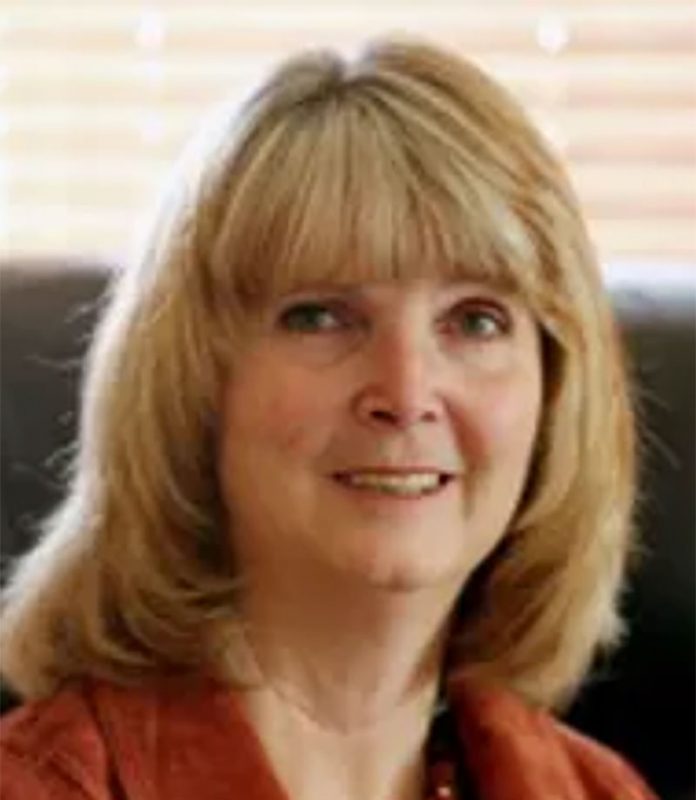 The following was written and submitted by Pat Drinkle, Former Sweetwater County Assessor in response to a candidacy announcement, which can be read here.

Pat Drinkle Letter to the Editor,

Since my retirement, I have not wanted to venture back into the “political arena” but felt I had no choice after seeing Mr. Rubeck’s announcement to run for Sweetwater County Assessor.  The misinformation and accusations forced me to respond.

I started working for Dave Rauzi in 1991 when Sweetwater County started a state-mandated mapping project.  Over time I did every job in the office and was even promoted to the no longer existing Chief Deputy position.  When Mr. Rauzi retired I was honored to fill his shoes as the Assessor. Not something I ever thought I would be doing, running for office as a County Assessor.  After my appointment in 2012, I hired Dave Divis to the Chief Deputy position and, in looking back, it was the best thing that I could have done for the office.

My husband, Don, was diagnosed with lymphoma in mid-2015.  His initial treatment was done in Rock Springs at the Sweetwater County Memorial Hospital.  After 8 rounds of chemotherapy we found out his cancer was not responding. We then went to The Huntsman Center in Salt Lake City.  Once again, the cancer did not respond to treatment and we were forced to look for other options. Don was very fortunate to be accepted into a clinical trial in California. Before we left Wyoming, I spoke with former Chairman Wally Johnson to apprise him of the situation.  He told me that I needed to do what was necessary for my husband. I assured Chairman Johnson that the office would be in good hands and that I would stay in contact. I had access to my work computer with our office laptop and a remote desktop link. During my time away, none of my employees lied about where I was or tried to hide anything about my absence.  In fact, I was told afterward that the people who did ask where I was and heard the story, were very supportive and hoped Don made a full recovery.

That clinical trial “required” us to be at the City of Hope Hospital just outside of Los Angeles from the first part of April 2016 to the middle of July 2016 – a period of 3 ½ months which was the longest extended period of time that I was ever absent from my office – NOT the 1 year as alluded to by various individuals for their own personal agendas.  As part of the trial, Don was required to return every 3 months for follow up. Each one of these visits lasted 2-3 days for testing. During the initial 3 ½ months that I was gone, Mr. Divis performed many of the administrative functions in the office. These functions included sending out assessments, working through the protest period, budgeting for the office, filling out the abstract report for the State Board of Equalization and getting the values certified.  He also made sure that every taxpayer that came in the office was treated with patience and respect.

Wyoming State Statute 18-3-201 – Qualifications…states the following  (a)  There shall be elected in each county a county assessor as provided by the Wyoming Election Code of 1973 as amended, who shall be a qualified elector and own real property in the county in which he is elected.

At the time of my election, I owned my home.  In fact, I owned my home 26 ½ years of the 27 years that I worked for the county.  We did sell our home in August of 2017. Don and I were having a garage sale and someone had asked if we were selling our house.  One thing led to another and we had sold our house without even listing it. I was retiring in February and it seemed like we had gotten lucky with the offer so we took it.  I very easily could have added my name to my daughter’s house in Rock Springs, but I felt that would be very disingenuous. As the County Assessor I had applied statutes and rules to all properties fairly and equitably (including my own) within the county. The sale was not a secret and I did not try to hide it from anybody.  No tax dollars were lost and nobody was hurt with this sale. It felt more honest than just adding my name to my daughter’s house. I believe that many people were aware of this sale, including county commissioners. To just single out Mr. Divis as the only person who knew, and that he should have “turned me in” is just ridiculous.  After the sale, Don and I moved in with our daughter who lives in Rock Springs. I continued to work commuting back and forth just as many other people do. I DID NOT move out of the state, again purported by those same individuals.

Mr. Rubeck talks about “waste and deception” in the Assessor’s Office and I can tell you neither happened.  Nobody in my office lied about where I was, and nobody tried to hide what was happening. My office lights were on most days I was gone because Mr. Divis needed to use my office for specific software applications and to respond to emails.  Again, this was not a secret. Commissioner Kolb had asked about the lights being on in my office and chose the conspiracy story over the much simpler working office scenario.

Mr. Rubeck is trying to smear the good people in the Sweetwater County Assessor’s Office and it is a shame.  If he wants to run for the job, then focus on ability. Talk about what he is going to do for the office and the residents of the county.  Instead, he has chosen to apply “national political tactics” of smearing individuals who have performed above and beyond for the people of this county.  I am sincerely grateful that my husband has responded well to the clinical trial and is currently in remission. I am elated that I no longer need to deal with the sordid seedy cesspool that appears to have overtaken the politics in Sweetwater County.  The voters should take note and make an informed choice in November.

Thank you for your time.