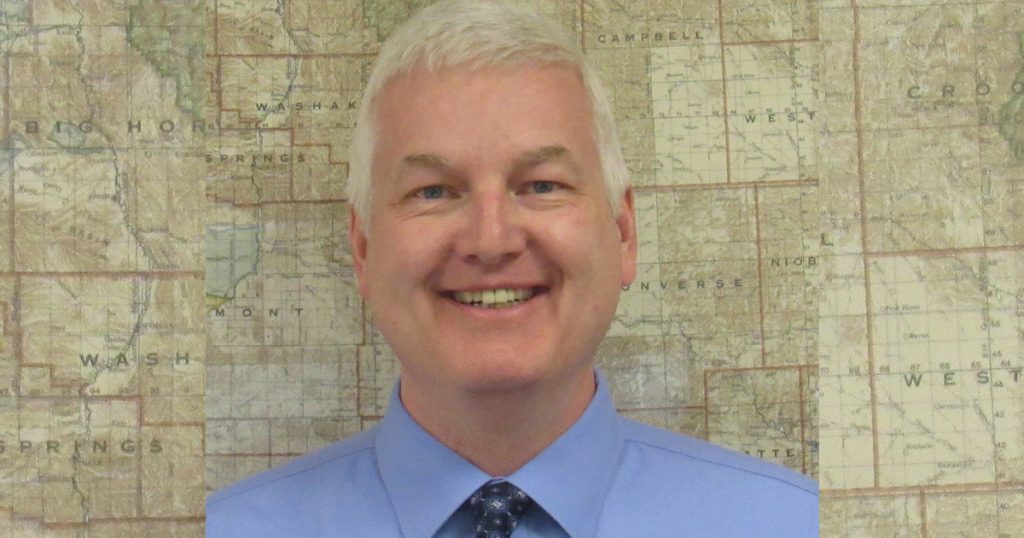 The following was written and submitted by Dave Divis, Sweetwater County Assesssor in response to a candidacy announcement, which can be read here.

Early on Mr. Rubeck states he “owns and operates The Fish Bowl Restaurant and Bowling Center”, which is true.  Along with The Fish Bowl, Mr. Rubeck operates the restaurant at Rolling Green Country Club and also caters events across the county.

“Each county clerk, county treasurer, clerk of the district court, county assessor and county sheriff shall devote full time to the duties of their respective offices during the term for which they were elected or appointed.”

I don’t know how Mr. Rubeck will continue to “operate” those businesses when he is required by statute to devote full time to the office of Assessor.  He seems very interested in the statutes because he mentions them later in his article, and I hope he remembers Title 18 if he is elected. I would also encourage Mr. Rubeck to pay the delinquent personal property taxes on his business, the Fish Bowl. Per the Sweetwater County Treasurer’s website, as of Friday May 25th, The Fish Bowl had three years delinquent personal property taxes. Three years delinquent is unacceptable for someone who wants the trust of the residents of Sweetwater County and also wants to hold an elected office. To be clear, personal property valuation is done by the County Assessor.  Mr. Rubeck would be responsible for the valuation of the taxes he has neglected to pay for the last three years.

Mr. Rubeck states, ”Government waste is always passed on to the businesses owners and individuals in the form of taxation.  The current Assessor’s Office is as guilty of overspending tax dollars as any office in this county.”

First let me clear up the process in general.  We do not value property to satisfy a budget. Values are set, budgets created from those values, mill levies are applied to the valuation and then tax dollars are billed and collected.  And for further clarification, the County Commissioners are charged with approving the budgets of the elected officials.

The budget for the Assessor’s Office over the last 5 years has been as follows:

Mr. Rubeck later states “ he proposes to save taxpayers over $1 million over the next decade by eliminating the chief deputy position”.

This position has already been eliminated, again by the county commissioners.  So Mr. Rubeck does not get to take credit for the savings.

Mr. Rubeck goes on to say “this office has run short handed for over a year while the taxpayers in this county paid a full salary to an elected official that was not held accountable to adhere to the statutory requirements of property ownership.  In my mind this is a betrayal of public trust as the currently appointed assessor did nothing to enforce these known statutory requirements”.

Pat Drinkle retired on February 2nd, 2018, so she has only been retired for about four months and she was working up to her retirement date. With regards to property ownership, Pat owned real property in Sweetwater County since 1990.  She did sell her house in August of 2017 knowing she was going to retire in February of 2018. Pat’s home sale was not a secret and people in the courthouse did know. The sale was a matter of public record and did appear in the legal notices published by the County Clerk, just like every other property transfer in the county.  If Mr. Rubeck is going to throw accusations of deceit around, he needs to condemn everybody who knew, not just the Chief Deputy at the time. The fact is nobody cared because she was retiring. She could have easily just added her name to her daughter’s house where she was living in Rock Springs at the time, to meet the requirements.

Mr. Rubeck states, “Sweetwater County is in a period of declining population, declining revenues from natural resources and declining sales tax revenues yet the newly appointed assessor continues to petition the county commission to increase spending for his office.  Government does not create jobs but the liberal spending agenda of this current administration does not seem to grasp this proven concept.”

Please refer to the provided budget numbers I referenced earlier, there has been no increase requested in the Assessor’s budget.  Once again let me state the facts, the valuation of the county has increased about $150 million for this tax year and sales tax revenues are up as well.  I did not petition to increase spending in my office, the budget remained the same, I was just trying to get my staffing to a reasonable level for our workload.  With regards to workload, parcel count is the best indicator of staffing requirements for an Assessor’s Office. Campbell County has 10 full time staff with 25,500 parcels.  Fremont County with 26,835 parcels (very similar to Sweetwater because of the 2 municipalities) has 12 full time staff. Sweetwater County currently has a staff of 8 with a parcel count of 25,153.  I am “petitioning” the commission to get us back to 9 where we were before Pat’s retirement. This is a reasonable staff size for a county with our parcel count. This person is a replacement not an addition and still keeps me within the confines of my budget.  I don’t think wanting to staff my office at an efficient and effective level is a “liberal spending agenda”.

Mr. Rubeck is throwing around buzz words like “fiscally responsible conservative” and inaccuracies like “declining revenues from natural resources and declining sales tax revenues”.  He has also accused me of a “liberal spending agenda” when all I want to do is get the staff needed in my office to meet our statutory obligations.

Please keep in mind that just because you see or hear something in the media does not necessarily mean it is true.  This is especially true in an election year and it is very important to fact check the information being provided. Don’t let catch phrases and false information provide cover for a lack of education and experience.  I would be happy to sit down with anybody and discuss our budget, parcel count and staffing requirements.