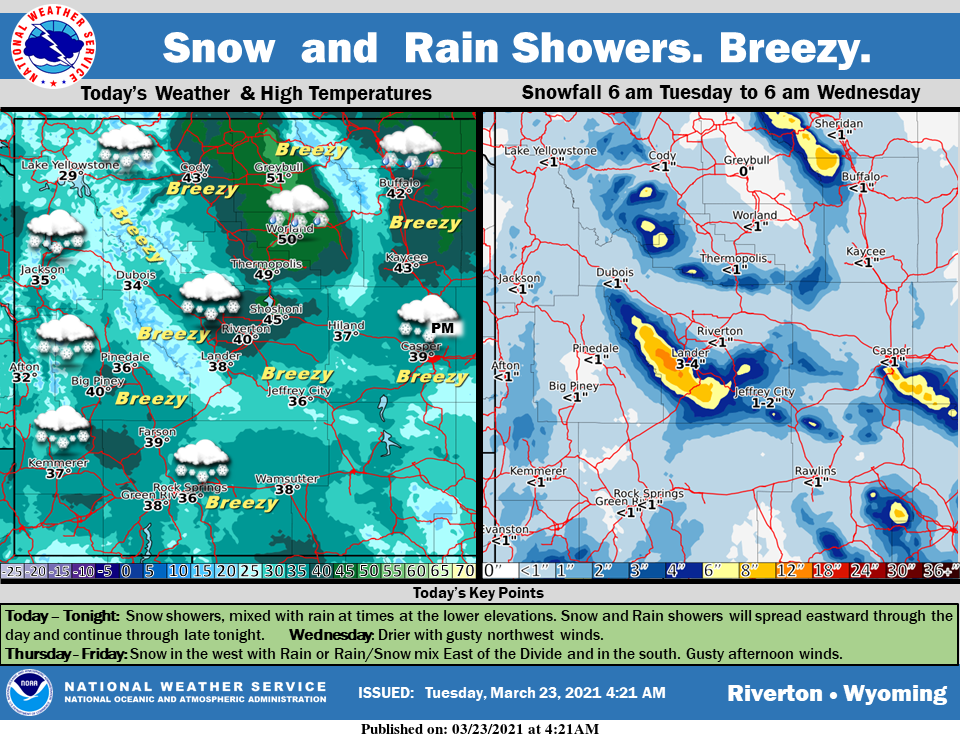 Snow showers will spread eastward through the day today, and continue through late tonight. Lower elevations will see rain showers mixing with the snow. It will be breezy across the region and slightly cooler. Wednesday will be drier with gusty northwest winds

Scattered snow showers, mainly after 7am. Partly sunny, with a high near 36. Breezy, with a west southwest wind 7 to 12 mph becoming northeast 19 to 24 mph in the morning. Winds could gust as high as 31 mph. Chance of precipitation is 50%. New snow accumulation of less than one inch possible.

Scattered sprinkles and flurries before 7pm, then scattered flurries between 7pm and 9pm. Partly cloudy, with a low around 23. Blustery, with a northeast wind 15 to 23 mph, with gusts as high as 30 mph.

A slight chance of snow showers after noon, mixing with rain after 1pm. Mostly cloudy, with a high near 43. Southwest wind 9 to 13 mph. Chance of precipitation is 20%.

A chance of snow showers before noon, then a slight chance of rain and snow showers. Partly sunny, with a high near 44. Breezy. Chance of precipitation is 30%.

Mostly clear, with a low around 27. Breezy.

Mostly clear, with a low around 29. Breezy.

Mostly clear, with a low around 32. Breezy.

Mostly sunny, with a high near 49. Breezy.

Whatever the weather, have a wonderful day!

From all of us here at SweetwaterNOW 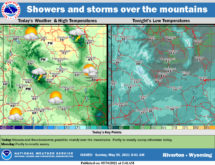 Sunny with a High Near 61

Partly Sunny with a High Near 57 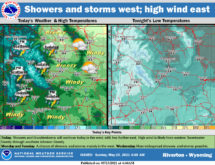 Partly Sunny with a High Near 49 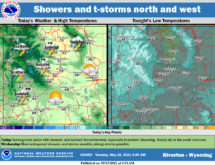 Partly Sunny with a High Near 56