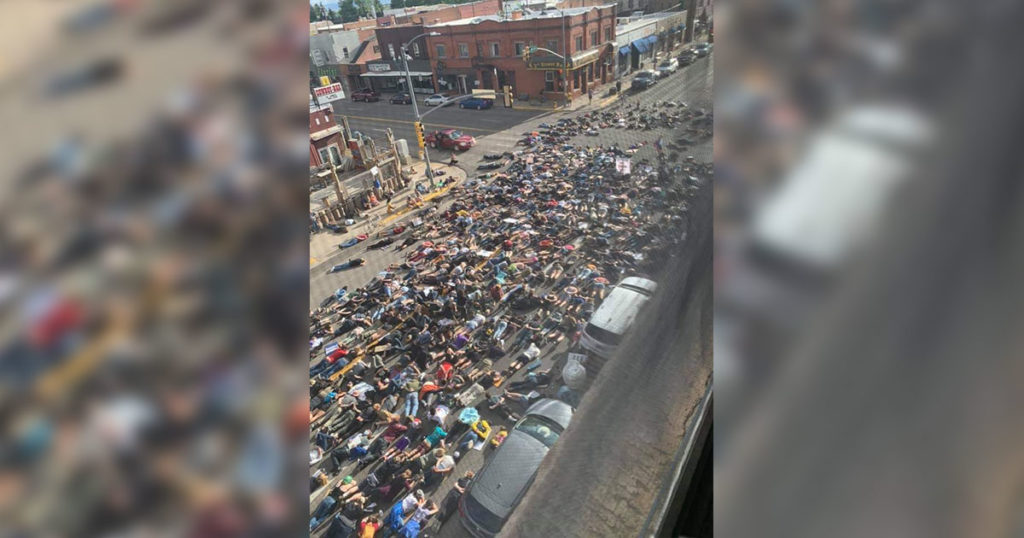 LARAMIE — The Laramie Police Department has been busy monitoring peaceful George Floyd protests, however some have been blocking portions of roadways, according to a release from the department.

On the evening of June 2, a group of local residents held a peaceful demonstration in Laramie and the police department monitored the event and had no concerns. Police Department officials had been in contact with the event organizers, who originally intended to hold similar demonstrations each evening last week. They were committed to conducting their demonstrations legally, peacefully, and with a minimum of public inconvenience.

On Sunday, June 7, however, demonstrations spilled onto Grand Ave, at times blocking portions of or all of the roadway. The safety of those involved in the demonstrations as well as those in our community is of utmost importance and that safety is jeopardized when pedestrians enter one of the busiest roadways in Laramie, the police department stated.

We are asking those involved in the demonstrations to remain on the sidewalks and to use caution when crossing all crosswalks.

The Laramie Police Department vigorously supports all citizen’s rights to peacefully demonstrate any cause.

Demonstrations that have not gone through a permitting process must be held entirely on sidewalks or private property whose owners have allowed them to gather. We urge residents who are not involved in the demonstrations to respect all voiced viewpoints and personal perspectives.

All citizens should expect some minor delays around the walking demonstrations, which are scheduled to go from the Downtown Plaza at 1st & Grand, to 15th & Grand, then back to the Plaza.