WASHINGTON D.C. – U.S. Senator Mike Enzi, R-Wyo., and Budget Committee Ranking Member Senator Jeff Sessions, R-Ala., have come to an agreement regarding chairmanship of the panel in the 114th Congress.

Pending a committee vote and GOP Caucus approval, Enzi will chair the committee and Sessions will take on a significant role in reforming welfare spending and identifying and eliminating wasteful federal spending. Enzi issued the following statement.

“Jeff is an outstanding leader and an outstanding speaker. If this were football, Jeff would be an all-star linebacker, corner, and safety all at the same time. He is our first line of defense on many issues. The team needs him and Jeff will be right there with his expertise taking the lead on welfare reform and, where we will miss Senator Coburn, Jeff will be there eliminating duplication and waste. He will also be eliminating reports of little value and forms that don’t produce significant results. He will handle those and other critical parts.

“I look forward to working with Jeff and the rest of the Budget Committee members on a budget that cuts spending, targets executive overreach, and reduces the size of government. We have an incredible opportunity to do something great for our country and Jeff will play an integral role in this. He has a love for this country that is hard to rival. He speaks his mind and takes a stand for our principles even in the face of daunting opposition. He’s been an amazing friend for over 18 years and I can’t think of a better partner to work with on so many issues in the next Congress than him.”

“Mike is going to be an excellent chairman of the Senate Budget Committee. As a former state legislator, mayor, small businessman and accountant, he has the perfect experience and expertise for this position of a lifetime. I know Mike is excited to lead by cutting wasteful spending and protecting hardworking Americans’ tax dollars. His promotion is good news for the people of Wyoming and America.”

Sen. Enzi also issued the following statement after the Senate passed a bill to fund the government on December 13.

“The process that this last-minute funding bill went through is the result of those in the out-going Senate majority not doing their job. It’s the wrong way to appropriate, but be that as it may it is still Congress’ job to ensure our government has enough funds to continue to operate. There was no opportunity to amend or go back and do this the right way. It was a take it or leave it choice and I chose to take it. What unfortunately seems to be getting lost in the discussion about this bill and the process is that this bill actually contains some really great legislation for Wyoming.

“There are prohibitions against a taxpayer bailout of Obamacare and cuts to funding for the EPA and IRS. These and other reasons are why many Democrats opposed the bill. This bill contains prohibitions against some gun control, listing the sage grouse, school lunch mandates and more. It includes funding for payments in lieu of taxes and keeps ICBMs in ready status.  This bill gives us a lot of what we’ve been working very hard to get.  Sometimes we have to take “yes” for an answer.”

A partial list of what Enzi said were wins for Wyoming include:

Guns – Prohibits funds to enforce the Brady Handgun Violence Prevention Act except for the operation of the National Instant Criminal Background Check System (NCIS). The bill also contains a funding prohibition on implementing any provision of the UN Arms Trade Treaty.

Coal – The bill prohibits the administration from changing the definition of fill material. Such a step, while not in the administration’s public plans, could make it tougher for strip coal and hardrock mining.  A related policy directive speeds up Clean Water Act Section 404 dredge-and-fill permits for coal mines.  It would roll back new policies by the U.S. Export-Import Bank and the Overseas Private Investment Corp. meant to limit funding for power plant projects overseas.  It provides $150 million for the Office of Surface Mining, including $69 million in state grants to allow states to implement programs without increasing fees on the mining industry.

ICBMs – The language prohibits funds for reducing or preparing to reduce the number of deployed ICBMs.

Sage Grouse ESA Listing Prohibition – The bill imposes a restriction on allowing the Department of Interior from going forward with writing a proposed rule listing the Greater Sage Grouse under the Endangered Species Act. It could block the effort into 2016.

Obamacare – The bill provides no new funding for Obamacare and holds the line on funding for the IRS and the Centers for Medicare and Medicaid Services (CMS).  The bill stops any taxpayer bailout health insurance companies, blocks the Prevention and Public Health Fund from being used as an Obamacare slush fund and requires a report on improper payments of Obamacare tax subsidies.

International Monetary Fund (IMF) – The legislation includes no funding for the IMF.

Dodd-Frank Act – Includes language amending Dodd-Frank banking law requirements to protect farmers from having to put down excessive collateral to get a loan. Includes a requirement to report the costs to the government of the Dodd-Frank Act.

Federal Communications Commission (FCC) – The bill freezes funding for the FCC at $340 million.  This is the fourth consecutive year funding has been frozen for the FCC.

IRS – Provides $10.9 billion for the IRS – a reduction of $345.6 million below fiscal year 2014. This level will bring the IRS below its fiscal year 2008 total. The bill also does not provide any additional funds for the IRS to implement Obamacare.  Also contains several important oversight and policy provisions related to inappropriate videos and conferences, language t stop targeting of organizations for regulatory scrutiny based on their ideological beliefs or for exercising their First Amendment rights.

Department of the Interior – The legislation contains $1.1 billion – $27 million above the fiscal year 2014 enacted level. This funding will help manage, develop, and protect the water resources of Western states.

National Labor Relations Board (NLRB) – The bill continues a provision intended to stop the NLRB’s harmful anti-business regulations related to the implementation of “e-Card Check,” which could promote coercion in union elections.

Disability Claims Processing Backlog – To assist the VA in meeting its goal of ending the disability compensation claims backlog by the end of 2015, the bill includes $2.5 billion for the costs of processing disability claims.

State & Foreign Operations – The bill maintains U.S. commitments to Israel and provides $624 million in support for Ukraine to counter Russian aggression. It includes restrictions on foreign assistance for several countries. 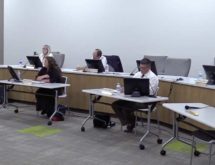 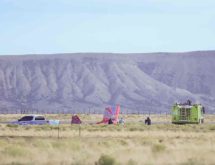 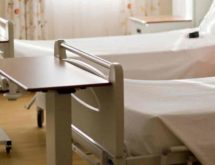 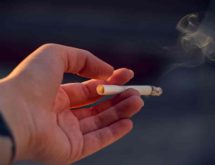